Is the Constitution Relevant to Contemporary America?

By Cherese Jackson on September 22, 20152 Comments 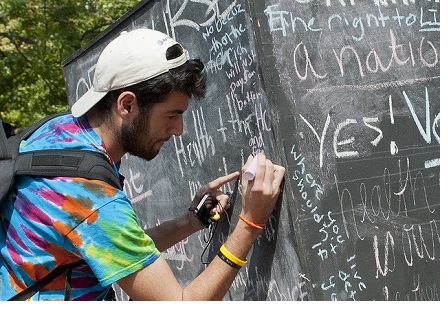 More than any other nation in history, the United States has made itself a new home for immigrants in search of a better life. It embraces those who come to this country in search of the promises and opportunities of the American Dream. Drawn to the possibilities of a free society, creative spirits have come to this great nation and have flourished in its creative openness. What makes America the great country that it is? Why is it deemed the land of the free, home of the brave? Why, for over 200 years have people from all over the globe come to America to seek freedom and a better life? The answer is simple… the Constitution.

This document has governed America for centuries. Without the Constitution, the nation would be in chaos. Instead, it ensures people can be confident that opportunities are made available fairly to everyone, that everyone plays by the rules and allows everyone to know the rules of the game. The Constitution clearly states the rights citizens can expect to enjoy and the responsibilities owed to one another. That common knowledge helps bind this great body of people and personalities together as a nation.

Not only is the Constitution still highly relevant as a document that provides the framework for governing the United States, but it contains principles that can lead to a life of success. After several failed attempts at creating a government, a 1787 convention is called to draft a new legal system for the United States. This new Constitution provided for increased federal authority while still protecting the basic rights of its citizens. The premise of this framework was based on the ability to pursue religious and civil freedoms. They left the Britain crown and came to America for life, liberty and the pursuit of happiness. 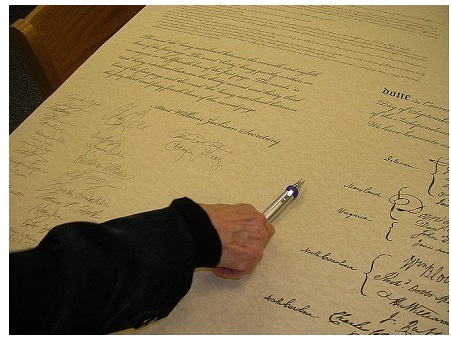 After a season of analysis, debate and studying of times past, the most important conclusion realized by the framers of the Constitution was that human beings could not be trusted with absolute power. What was the solution? The unanimous conclusion was that at least three safeguards were needed in order to preserve the sustainability factor necessary for the Constitution to survive the storms that it would be faced with.  Those defenses are accountability, authenticity, and balance.

The first notable safeguard is accountability: The separation of powers devised by the framers of the Constitution was designed to do one primary thing – to prevent the majority from ruling with an iron fist. Based on experience, the framers understood the importance of not giving any branch of the new government too much power. The separation of powers provides a system of shared power known as checks and balances. All of these checks and balances, however, were inefficient, by design rather than by accident. By forcing the branches to be accountable to the others, no one branch can usurp enough power to become dominant.

The second safeguard is authenticity. The framers of the Constitution wanted to limit government resulting in the maximum amount of freedom being left in the hands of individuals. In other words, instead government controlling every intricate part the document was designed to allow citizens the liberty to be themselves. It is the Constitution which affords citizens the liberty to speak as they wish, worship according to their personal beliefs and form social groups for their own purposes. All these things are possible without fear of oppression from the government – Why? Because the Constitution allows the freedom of authenticity.

Last, but not least, is the balance factor which allows the Constitution to be flexible enough to make adjustments. Since the document’s inception, over 11,000 proposals to amend the Constitution have been introduced in Congress. The framers of the Constitution, recognizing the difference between regular legislation and constitutional matters, intended that it be difficult to change the Constitution; but not so difficult as to render it an inflexible instrument of government. They realized that any document meant to frame a government needed flexibility if it was to be able to stand for generations. 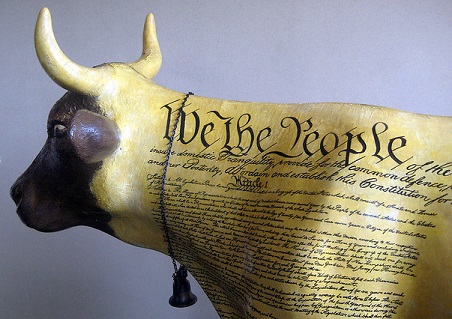 The reality is, the Constitution was written by men who had a passion to see a framework for America. Much like the expectation a parent would have for their child, however, even then expectations are not always lived up to. In fact, potential is simply the capability for growth, development or progress. It is a place of stagnation until the frustration of it propels its captures into purpose. So, the founding fathers had an ideal set for America that the country has not quite managed to live up to.

There used to be a time when people said America was the greatest country on Earth. However, citizens now live in a timeframe where more people are locked up per capita than most countries around the world. America ranks very close to the highest in infant mortalities. Just look at the current state of law enforcement and citizens, America is not as productive as it once was as a nation because collectively citizens have not lived up to the potential.

This generation of Americans has been called upon to defend the framers’ vision of a constitutional government “of the People, by the People, and for the People.” It is up to this generation to do their part to ensure for as long as this Country exists, there will be a Constitution Day to celebrate on September 17th. The Constitution gives Americans the freedom to believe in themselves, to stand up for themselves, to know themselves and to accept responsibility for themselves. It encourages the citizens of this great nation in the areas of accountability, authenticity, balance. Is the Constitution still relevant contemporary America? Absolutely.

Constitutional Topic: Rights and Responsibilities
Social Studies Help: How can the Constitution be referred to as a living document?
Government Archives: Constitution of the United States

2 Responses to "Is the Constitution Relevant to Contemporary America?"