Ford Mustang Is Refined and Sophisticated 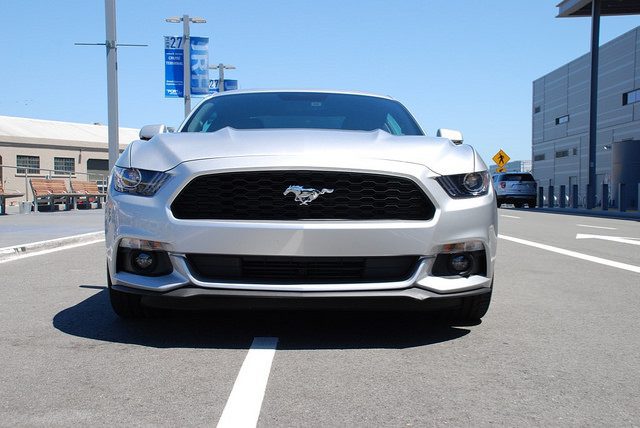 Ford Mustang has a rich and bold history, starting out as the car that would appeal to anyone, regardless of their stage in life or background. The idea of the sleek and modern pony car has been around since 1961, when it was first envisioned by Lee Iacocca, who was the Ford Division vice president and general manager at the time. He dreamed of a car that would seat four people, have bucket seats, a floor-mounted shifter, and be priced at less than $2500. Therefore, a 1962 Mustang Prototype helped to fuel the vision of Iacocca, and in 18 months, after the car was approved for production, the first Mustang rolled off the assembly line in March of 1964.

In an effort to draw as much attention to the release day as possible, Ford ran commercials simultaneously on all three of the major networks, which included ABC, CBS, and NBC, to prepare for its release date on April 16, 1964. On the next day, people flocked to ford dealerships in a frenzy to be among the first to own the new sports car. By the end of that historical day, over 22,000 Mustangs were sold. Resulting from being promoted as “the car to be designed by you,” the Ford Mustang was offered with several custom options which made a big impression. By the end of the first year, Ford had sold 263,434 models. Fast-forward 52 years later and today the all new 2016 Ford Mustang is as refined as it is sophisticated.

From its humble beginnings to what the famed pony car has become today is the culmination of the affection and love of Mustang supporters throughout the years, originating that was established over 50 years ago. The current generation of Mustang was revealed in the latter part of 2014 and started with a redesigned model for 2015 however, the all new 2016 Ford Mustang is going to take the market by storm and is set to blow away the competition. This will be done with exceptional power and performance. The engineers at Ford completely overhauled the engines available for the 2015 model, therefore the 2016 models will roll out without any significant changes under the hood. The base engine for the 2016 lineup is still the 3.7 L V6 with 300 horsepower and 280 lb. ft of torque. The power is delivered to the rear wheels by a standard six-speed manual transmission. However, an optional six-speed SelectShift automatic transmission is available with paddle shifters. For those needing a little more ‘get up’ and go, the 5.0 GT model features the Coyote V8 engine, which produces 435 horsepower at 400 lb.ft of torque and can be paired with the same transmission options. There has no doubt been some drastic changes among the various models of the pony car in the last 50 plus years. However, this year’s model feature a few subtle changes compared to 2015 that are almost undetected.

A side-by-side comparison of the two model years will not show obvious differences  however to the trained eye of the die-hard Mustang fan it is the little things that separate the 2016 Mustang from last year’s model that matter the most. So how are the two models different? Well for 2016, Ford brings back the turn signals in the vent hood, which first became an option on the ’67 model and then intermittently throughout the years. Also for 2016, a return to the silver or black over-the-roof stripes has added a nostalgic look and can be combined with most of the paint and trim level options.

The Ford Mustang really has no practical reason to exist, unless of course, it is for the thrill of looking forward to driving it at every opportunity, to enjoy the feeling of gratitude for having purchased the car, or because it is exactly the accessible, everyman performance car that a mustang should be. Regardless of the rhyme or reason, to own the 2016 Ford Mustang is literally like owning a piece of refined history with all the latest sophistication that will definitely come standard.