The premiere of Ellen Page’s new movie, Freeheld, occurred on Sept. 13, 2015, during the Toronto International Film Festival. Page and her girlfriend, Samantha Thomas, arrived wearing tuxedos and holding hands. This was her first appearance with Thomas at such an event. E! asked Page why she chose tonight to bring her girlfriend with her for the first time. Ellen responded, “I’m in love.” Her new movie is scheduled for release on Oct. 2, 2015. Freeheld is a powerful movie about the struggles and issues surrounding LGBT rights, love, and other related hot-button topics. Even though the U.S. Supreme Court (SCOTUS) has given same-sex couples the right to marry nationwide, there remains dissension and the threat of losing this tenuous feeling of marriage equality. Politicians and radical movements continue to work on reducing the few rights the gay community has fought to achieve.

Freeheld is based on the true story of Laurel Hester and her registered domestic partner. Hester is a police officer in New Jersey who is dying. She discovers her partner, Stacie Andree, will not be eligible to receive the pension benefits due any spouse. A legal battle ensues. According to an IMDb interview with Page, who portrays Andree, the film is very moving. She says Hester and Andree are strong, prominent figures in the battle for LGBT rights. In the video below, Ellen talks about Hester and Andree, the movie, its writer, and her co-star Julianne Moore, who portrays Hester.

During the fight for marriage equality, the LGBT community was offered domestic partnership registration state-by-state. This political move was meant to appease tensions. Many states explained registered domestic partners would have the same benefits as married couples. In reality, the new laws omitted various rights, such as the loophole Hester was subject to in New Jersey. While pensions were promised, there was a technicality allowing a governing committee to decide who would qualify as recipients. Hester did not learn this until she was making arrangements for Andree to receive the pension and her request was denied.

Another case, in Oregon, surrounds domestic partnership and probate issues. Partners, D. Bryant and C. Cochran, had been together for five years and registered domestic partners for three years. Bryant died unexpectedly, without a will and Cochran attempted to file as the executor of the estate. However, probate issues were not covered by Oregon’s law for domestic partners. Not only was Cochran not allowed to become the executor, but the state has taken possession of Bryant’s IRA. There is a pending legal suit against the state of Oregon. 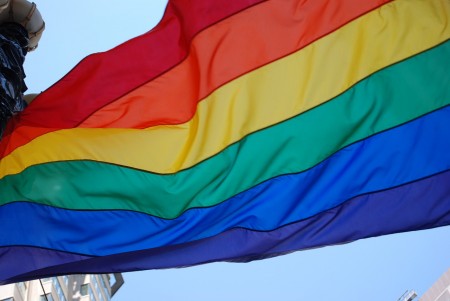 LGBT, love, and the subject matter of Page’s new movie continue to be hot-button topics in the U.S., even after the recent ruling granting same-sex marriage equality. The issues surrounding the two stories above would have been avoided if this country’s religious fanatics had not pushed the definition of marriage as one man and one woman. Since the Supreme Court decision on June 26, 2015, in which the ruling acknowledged it was unconstitutional to deny marriage rights for gays, the opposition has remained highly agitated.

More recently, Kentucky Court Clerk Kim Davis chose to defy the law and repeatedly refused to issue marriage licenses to same-sex couples. She claimed it violated her Christian principles. As an elected official, Davis took an oath to uphold the U.S. Constitution, yet she chose to violate this vow. After violating a direct order from the court, Davis was jailed. She was released from jail because her deputies began to uphold the law. Huffington Post has reported that Davis is continuing to fight against being “forced” to comply with Kentucky’s Governor Steve Beshear. Moreover, the U.S. Court of Appeals for the 6th Circuit has once again denied her “request to be exempted from [the] gubernatorial directive.”

The few legal rights LGBT folks have were hard-won. Many states still do not offer job discrimination protections. There are innumerable Christian organizations, government officials, and citizens who stand their ground against any equality given to the gay community. When over 60 percent of Republicans state they do not approve of the Supreme Court decision about marriage equality and potential Republican Presidential candidates claim the ruling can be ignored, it is clear the fight is still an uphill battle. This is why Ellen Page’s new movie, discourse about the LGBT community’s rights, and love must remain topics of discussion. After all, people–straight, gay, transgendered, Christian, Islamic, or Jewish–all have the same needs of love, security, and family. There is really no difference. After all, as Shakespeare said, “if you prick us, do we not bleed?”