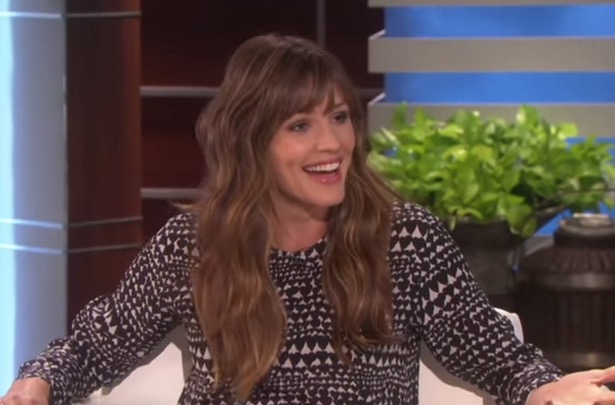 Jennifer Garner is convinced that she may be expecting another child to her estranged husband Ben Affleck, OK! magazine reveals. According to the news outlet, several sources close to the actress are stressing how she knows that she is pregnant, having experienced multiple signs that have triggered her to think this way.

But, of course, one should not forget that Garner and Affleck broke up months ago — how can she be pregnant with his baby? An insider continues to add that a recent get-together between the couple had things go from one thing to the other, “Ben helped Jen put the kids to bed… he ended up staying the night.”

The source makes it evidently clear that Affleck was most likely not going to be sleeping on the couch, either. It has been alleged in recent months that the duo have been trying to get back on good terms with one another following reports that the Argo actor had supposedly cheated on his wife of 10 years with the family’s nanny.

Christine Ouzounian, who was fired by Garner right after the scandal broke, has kept a relatively low profile since being dismissed from her job. But considering Garner’s decision to abruptly fire Ouzounian makes one wonder on why and how Affleck could form an affair with the woman that spends most of her days in the family’s home. Furthermore, if the affair really was a thing, how did the 43-year-old not know what was going on?

Regardless of whether Affleck cheated or not, Garner has reportedly told friends that she has felt clear signs linking to a possible pregnancy. “She keeps saying how exhausted she is, and she’s told a few very close friends that the only other times she’s experienced this kind of fatigue were the early stages of her pregnancies,” the source for OK! continues. “Something is definitely going on.” 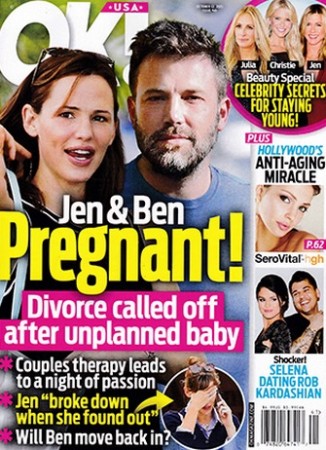 It is ironic that the couple could potentially be welcoming their fourth child all while figuring out whether they want to be together or not. Then again, if a separated pair decides to sexually engage with one another again, it would be pretty reckless of them not to consider the repercussions of unprotected sex. Especially when there is no desire on an actual reconciliation, which, when one thinks about it, is strange in itself.

But a baby is quite frankly the last thing that Garner needs right now, as it was just earlier this year when multiple media outlets reported how the actress’ last pregnancy was the only reason Affleck had not walked out on her. The twosome are said to have hit rock bottom so many times, even friends had wondered how the pair could still live with one another after all the arguments and fights they had. Needless to say, Garner’s pregnancy could potentially set Affleck back into reuniting with his wife when that may not necessarily be what he wants to do.

The couple has yet to respond to claims regarding a sudden pregnancy, although, with the amount of scandals that they have been involved in as of late, a response is unlikely to happen. Garner would not like more attention being drawn to herself if she was pregnant, that is for sure.

Jezebel: This Week In Tabloids: Jennifer Garner Is Pregnant Due to Ex-Sex with Ben Affleck

DailyMail: Ben Affleck and Jennifer Garner ‘almost divorced three years ago’ but held it together after son Sam was born by seeking couples therapy