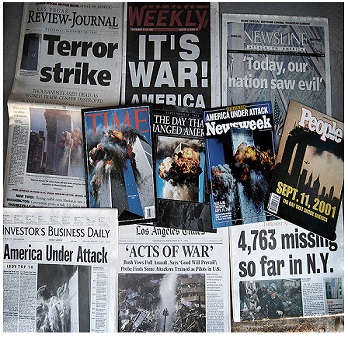 Law enforcement is on high alert in lieu of threats surrounding 9/11. On Sept. 11, 2001, Americans were alarmed as one of the worst terrorist attacks in the United States’ history shook the nation and crumbled New York’s Twin Towers. The 9/11 report commissioned by Congress concluded in its investigation of the attacks that the emergency response on that day was “organized chaos.” As Americans face the anniversary of that tragic day, the war may have ended but new threats have surfaced.

This time the threats have not come from a far off land, such as Al-Qaeda, but from right here within these “united” states known as America. Allegedly, members of Fuk Yo Flag, a splinter group of Black Lives Matter, have threatened violence on Sept. 11 through videos and blog posts calling for an “open season on killing cops and white people.” The hate group’s website contains the following statement:

We, the people, are psychologically and physically breaking free of the imperialist, colonialist, and racist empires by burning representations starting on September 11th, 2015. Why September 11th? We recognize that these imperial powers attacked their own citizens on 9/11 in an attempt to gain more power from its people. We are not disrespecting any citizen that may have died during these attacks on this day; instead, we are acknowledging that, from this day forward, we are holding ALL imperial nations responsible for their needless deaths!

The face of the movement identifies himself on the video as King Noble, Black Supremacist. King Noble expresses hate for the Confederate and American flags with claims they are both symbols of oppression. The movement which has been deemed #FYF911 is allegedly scheduled to take place in Stone Mountain on Friday, Sept. 11. According to the video, supporters will witness the end of U.S. imperialist white supremacy. The group’s website threat continues with the following:

On 9/11 we will be burning American flags, Confederate flags, police uniforms, and ALL representations of organized evil and oppressive nations. We also will be raising the Liberation flag and building on a new nation for the people. This is an INTERNATIONAL movement and a day of unity, progressive action, and liberation. To all OPPRESSIVE AND ORGANIZED EVIL after #FYF911, the people will not be bound to you any longer!!

According to the 9/11 threats issued by Fuk Yo Flag, law enforcement has intensified in order to provide added security. Black Lives Matter has recently come under fire as well as been identified as a hate group. Civil rights leader Reverend Jesse Lee Peterson believes it is indeed a hate group and said if a white group were targeting police and encouraging violence they would, without question, be labeled the same. 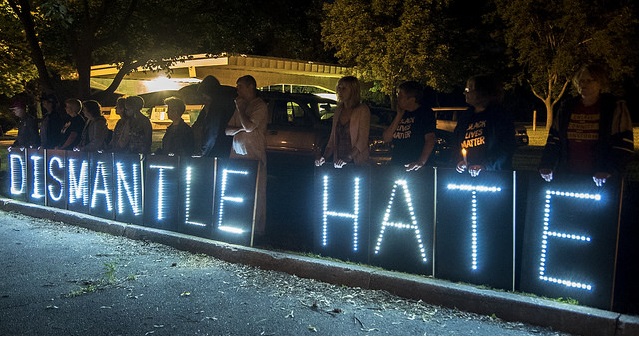 The Black Lives Matter movement was born out of heightened concerns over police brutality across the nation in African-American communities. Recently some of the rhetoric being chanted from different members has caused specific Fox News personalities to “suggest” that the organization is responsible for the six law enforcement agents who were shot and killed in the line of duty last month. Much of press has come to the defense of Black Lives Matter saying, although tragic, there is nothing that links them to any of the officer’s deaths and it is an unfair claim. Columnist Charles M. Blow, a writer for the New York Times, said:

There seems to be a concerted effort to defame and damage Black Lives Matter, and one has to wonder why. It is impossible to credibly make the case that Black Lives Matter as a movement is a hate group or that it advocates violence. Demanding police fairness, oversight and accountability is not the same as promoting police hatred or harm.

It seems people are more upset about the slogan Black Lives Matter than they are about the actual African-American lives which have been killed by law enforcement without merit. The organization is not suggesting that only black lives are important; all lives are important, but the emphasis in on African-Americans because of the increase of deaths by police. Several media outlets have published articles supporting the organization and have called the accusations ridiculous.

Law enforcement is on high alert and has beefed up security in the wake of the 9/11 threats. Black Lives Matter has not confirmed allegiance to the group which issued the threats and have made no indications of intent to harm law enforcement or white people on Sept. 11. Their focus is more about shedding light on all of the black lives that have been taken unnecessarily by law enforcement.