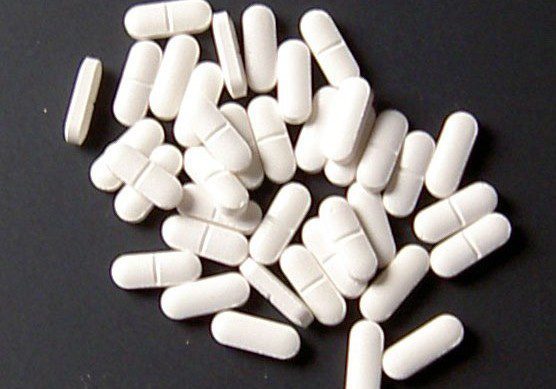 Take that price gougers! Several drug companies have raised prices astronomically on old generic medications made by a single supplier, the most notorious example being the 5,000 percent increase one drug recently got. But, San Diego-based Imprimis Pharmaceuticals announced that Daraprim’s eye-popping $750 per pill price tag is getting $1 competition.

Imprimis announced today that it will soon offer an inexpensive alternative to compete with the version on sale by Turing Pharmaceuticals, a startup that purchased the rights to the 62-year-old drug and jacked up the price from an initial $13.50 to $750 per dose. Imprimis indicated that they plan to make a customized, close version of the drug for a competitive $1 a capsule ($99 for a 100-pill bottle).

Mark L. Baum, CEO of Imprimis acknowledged that some generic drug prices have soared recently. But, he indicated that his company wants to take positive action to help patients (and make a drug that was profitable for decades and cost about $1 per pill just a few years ago).

“While we respect Turing’s right to charge patients and insurance companies whatever it believes is appropriate, there may be more cost-effective compounded options for medications, such as Daraprim, for patients, physicians, insurance companies and pharmacy benefit managers to consider,” Imprimis CEO Mark Baum said in the company’s press release. Baum pointed out that Daraprim is not the only older generic drug that has seen a significant price increase. Baum announced that his company is launching a new “Imprimis Cares” program to align the firm’s mission of making novel medicines available at accessible prices.

The U.S. Food and Drug Administration first approved Daraprim or pyrimethamine, its generic name, in 1953. Since then, it has been a standard of care for a range of parasitic infections, especially for patients infected with HIV, battling cancer or have other immune system issues and are vulnerable to toxoplasmosis. The drug is also used for treating pregnant women if they get a parasite. Since the Turing price hike, critics pointed out that it could cost $336,000 a year to treat a patient with toxoplasmosis.

The Imprimis version will include a compounded formulation of the two main ingredients in Turing Pharmaceuticals’ Daraprim: pyrimethamine and leucovorin. Pyrimethamine works to block the folic acid synthesis of the parasite that causes toxoplasmosis. The leucovorin helps to reverse negative effects.

Daraprim is not the only older generic drug that has experienced astronomical increases in the last couple years. Many of these increases are a result of business strategies being employed by newer drug companies ensure a steady revenue stream right away. They turn older drugs with few alternatives and turning them into high-priced “specialty drugs.”

This drug-pricing trend may be an adverse effect of the Affordable Care Act (ACA). Since the implementation of the ACA, those with chronic illnesses who purchase the newer plans have drug coverage and maximum out-of-pocket amounts. Additionally, more seniors purchase Medicare supplement plans to cover their drug expenses. As a result, a huge chunk of the cost for the higher-price medication would be passed on to insurance companies and taxpayers.

Accordingly, Imprimis plans to partner with insurers and others to implement Imprimis Cares. Their press release indicates that giving a $750 pill $1 competition is just the beginning of their plans to ultimately make more than 7,800 generic drugs available at affordable prices.