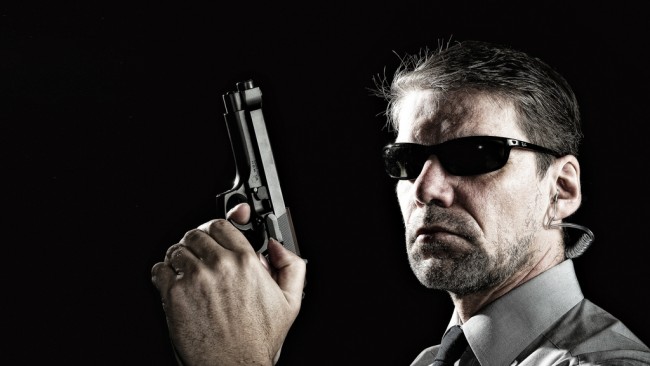 According to Todd Beamon of Newsmax.com, threats have been made toward Republican front-runners Dr. Ben Carson and Donald Trump. The risk is severe enough that the Secret Service has considered adding them to the protection detail roster. The two Republican candidates could each be assigned 24 men as early as Oct. 20, 2015. According to a Washington source for Newsmax, Hillary Clinton’s security detail is also being heavily increased.

The Secret Service began protecting front-running political nominees after the assassination of Senator Robert F. Kennedy on June 5, 1968. Threats against politicians have unfortunately become the norm, as observed by Newsmax.

To prevent attacks on presidents after their terms of office are complete, Obama signed into law the “Former Presidents Protection Act of 2012,” which grants all former presidents, their wives, and their children under 16 a lifetime of protection by the Secret Service.

The Washington source for Newsmax stated that Dr. Carson has received an overwhelming number of death threats. There has also been an extreme amount of terrorist chatter. According to Communities Digital News (CDN), the terrorist threats may have been made when he made the statement that a Muslim who could not put the Constitution before the Quran should not be allowed to be president. The threats against Dr. Carson have been “off the charts” and it has alarmed the FBI, as well as other government agencies, reported Newsmax.

According to the Washington source, it is a common belief among federal agencies that ISIS wants to hit a significant U.S. political target. James Comey, the FBI director, assured that the jihadist group is being monitored around the clock. It has been confirmed that they have been expanding their efforts to target a U.S. political figure. ISIS is sanctioning U.S.-based advocates to “kill where they are.”

Trump, the current Republican front-runner, requested protection from the Secret Service due to the large crowds he draws at events. He has also been publically threatened by Joaquin “El Chapo” Guzman, the Mexican drug lord. There is a Twitter account reportedly linked to the cartel head through investigations by both Twitter and the FBI. Verbal threats from this account have repeatedly threatened the Republican front-runner. Earlier in October, a Latin American TV network, Telesur, reported that El Chapo had put up a bounty of $100 million for the assassination of Trump. This claim has not been confirmed.

In 2008, the director of the Secret Service, Mark Sullivan, reported to a House committee that it costs $38,000 a day to protect presidential candidates. Only major candidates who gain a specific amount of matching federal funds are able to receive protection. Even though Bernie Sanders is a current Democratic front-runner, it has been acknowledged that he has not been offered security at this time.

Clinton already has security, but it is being increased because she is the Democratic front-runner. The Secret Service made this decision based on the level of chatter among terrorists, according to federal agencies.

As of Oct. 20, 2015, neither Republican candidate had received protection details. The Department of Homeland Security (DHS) has said their requests are still being reviewed. A spokesman for DHS stated the security details for Carson and Trump will not be determined until after they have consulted with the Speaker of the House, the House minority leader, the Senate majority leader, the Senate minority leader, and an additional member selected by the aforementioned group of people, referred to as a congressional advisory committee.

It is unclear why these two men have requested protection from the Secret Service. Trump has stated that he carries his own gun at times. According to Wonkette, Trump already has his own private bodyguards to protect him from protesters and Mexicans. According to DHS, Dr. Carson requested security when he was on his book tour, but at the same time, he claims the proposed security detail is being forced on him by the Secret Service. To date, the two Republican political front-runners have not received any security detail.

One Response to "Secret Service Protection for Political Front-Runners"