By Shepherd Mutsvara on October 14, 20153 Comments 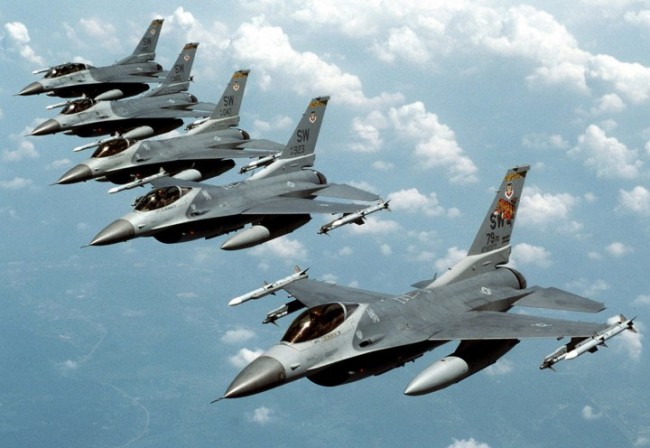 The Islamic State (IS) leader, Abu Bakr al-Baghdadi, whose convoy was reportedly hit by airstrikes near the Syrian border with Iraq on Oct. 11, 2015, could be alive and hiding in Syria. Emerging news reports suggest that the reclusive leader of the terrorist group was not part of the entourage that took a hit from the U.S.-led coalition forces. Eight high-ranking members of the Islamic State, also known as ISIS, are believed to have been killed during the airstrikes.

Saan Maan, Interior Ministry spokesman, told reporters, “We are still confirming with relevant authorities, but it’s more likely that the convoy we struck was not carrying Abu Bakr al-Baghdadi.” This is contrary to earlier reports which suggested that Baghdadi had been killed. However, Abu Saad al-Karbuouli, a senior Iraqi policeman told reporters, “Eight senior Islam State leaders were killed in the bombing.” Unconfirmed reports from Karabla residents suggest that the wounded IS leaders were taken to a hospital 12 miles across the Syrian border. The residents could not be drawn into comments about whether the Islamic State leader could be alive or hiding in Syria.

A military official, speaking on condition of anonymity, also confirmed that al-Baghdadi might not have been in the targeted entourage. This was after Brigadier General Yahya Rasool, Iraqi Defense Ministry’s spokesman, expressed doubts about the whereabouts of the Islamic State leader during an interview with Associated Press. The Daesh, an Arabic acronym for IS, has reportedly been scheduled to have a leadership meeting in Karabla, Sunni Province, near the Syrian border. Rafa al-Fahdawi, the leader of Anbar tribes in Sunni Province said, “According to former members of the security forces living in Karabla, al-Baghdadi was seriously injured and several Islamic State leaders were killed.

The elusive jihad leader remains wanted and the U.S. has placed a $10 million dollar bounty on his head. Baghdadi has eluded authorities on a number of occasions. Recently in May 2015, he was reported wounded after another U.S-led coalition airstrike near Mosul, Iraqi. This came after the Nov. 2014 rumor that he had been killed by the same coalition forces. Reports suggest that the IS leadership, which is led by a five-member Shura Council, has already groomed a successor in the event Baghdadi is killed. This is said to be part of the “operational strategy” to impose their ideology to the world. Abu Mohammad al-Adnani, Daesh’s spokesman, maintains that it is part of God’s plan to “create a strong Islamic State that will rule the world.”

The Caliphate, as declared by Baghdadi on June 29, 2014, has been widely condemned for its extremism which has seen many innocent people slain in brutal fashion. The trans-national militancy group has also taken advantage of conflicts in the volatile Middle East to expand its radical movement. It is believed that the Islamic State leader could be alive and will expand his network while hiding in Syria. This might make the task of rooting out the terrorist group more difficult, as additional willing accomplices will be recruited by the violent group.