Mars Water Discovery Perhaps a Marketing Strategy for ‘The Martian’

By Shepherd Mutsvara on October 7, 20153 Comments 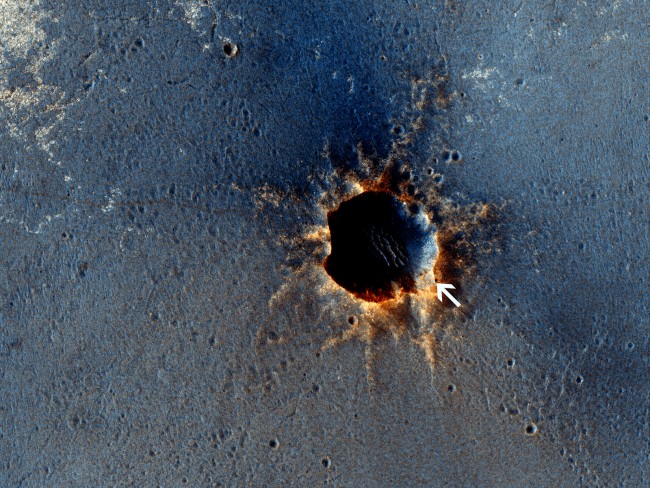 NASA’s announcement on Sept. 28, 2015, that it has discovered flowing liquids on the surface of Mars, was welcomed with interest by the science community. However, many dismissed the discovery of water as a cheap marketing strategy for The Martian, which opened in theaters on Oct. 2, 2015.

The Martian, based on a book by Andy Weir with the same title and directed by Ridley Scott, is a sci-fi movie set in 2035. It tells of an astronaut Mark Watney (Matt Damon) who is left stranded on Mars by his five crewmates aboard the Ares 3 after a severe sandstorm forces an abrupt and unplanned evacuation. The Ares 3 crew left without Watney in the mistaken belief that he was dead. He is thus forced to fend for himself and make contact with NASA officials here on earth (Jeff Daniels and Chiwetel Ejiofor). Of particular interest is how the lead actor grows potatoes on the red planet for sustenance. Many view the timing of the discovery of water on Mars to blend in with this episode and as such the water theory has been frowned at as a marketing strategy for the movie.

“The timing of the news by NASA is free publicity to support the movie,” said Rush Limbaugh on one of the radio interviews. The talk show host also added that the whole theory is politically motivated and is aimed at pushing the leftist agenda on climate change. “They’re lying and making up false charts and so forth so as to advance their left-wing agenda on this planet,” he said. 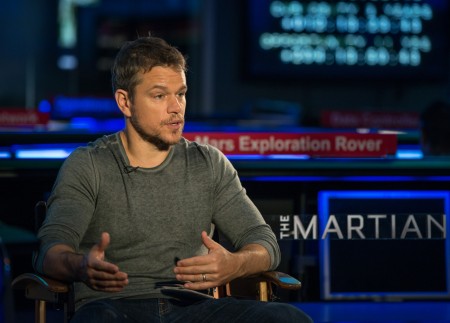 NASA has played a pivotal role in the production of The Martian. According to Newsweek, the space agency has been involved in not only script development and photography, but also the marketing and scheduling of the movie. The publicity team has even gone further to post on Twitter saying, “Good news for mankind. Great news for Watney,” in reference to the discovery and also the chief protagonist in the film. Bert Ulrich, multimedia liaison at NASA for film and television, conceded to Yahoo News that the whole process of marketing The Martian was “intense.”

The reported discovery of water on the red planet has also created hope for the possibility of a habitable environment. NASA’s Jim Green told reporters at a press conference soon after the announcement that the “dark streaks” on the edges of the Garni crater were evidence of  flowing water on the planet which suggest a “possibility of life on Mars.” Nonetheless, some scientists have attacked this circumstantial evidence as improbable when considering the atmospheric conditions on the red planet.

Lujendra Ojha, researcher at Georgia Institute of Technology in Atlanta, is of the view that NASA’s discovery is misleading. In an interview, Ojha said, “Water deposits may be found on Mars, but to go as far as saying the planet can sustain human life is a huge scientific inaccuracy.” He remarks that the atmosphere on Mars is thin and cannot “even straighten an American flag.” He views the new theory on the discovery of water as a side-show to market The Martian.

However, NASA remains adamant that the discovery of water on Mars is not a marketing strategy for The Martian. Answering questions from the public on Reddit, the space agency’s scientists maintained that there is overwhelming evidence of flowing water on the third planet. According to the transcript, the space organization will not allow “political theories” to seep into the realm of science and mislead the world. To that end, NASA will continue with its mission to send humans to Mars in the early 2030s with the intention to explore possibilities of “life” on the red planet. Asked if this timeline is not the same with the plot in The Martian which is set in the year 2035, the scientists dismissed the coincidence saying it has nothing to do with marketing the movie.