By DiMarkco Chandler on October 5, 20153 Comments 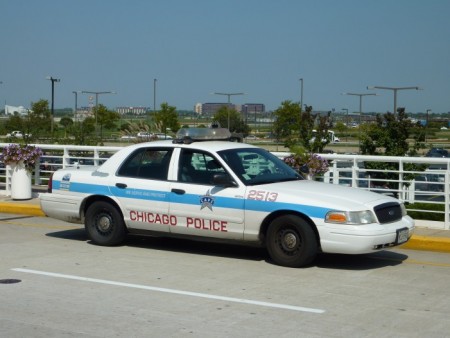 CHICAGO – Chicago Police Superintendent Garry F. McCarthy today announced the retirement of his trusted second-in-command, First Deputy Police Superintendent Alfonza Wysinger, as well as the Chief of the Bureau of Internal Affairs, Juan Rivera, who served with distinction for nearly 30 years. In a series of corresponding moves, McCarthy announced the promotion of three talented, and widely respected, veteran commanding officers to new leadership positions within the Department. The appointments are effective October 15, 2015.

“Chicago is fortunate to have had a public servant as talented and as dedicated as Al Wysinger,” said Superintendent McCarthy. “Al has been at my side since I arrived here in Chicago, and he has been a partner and a friend for more than four years. While I will miss his counsel, I wish him and his family the very best.”

Wysinger, who served for nearly three decades, was appointed by McCarthy to serve as First Deputy Superintendent in 2011, and has helped shape the strategic direction that drove down overall crime in Chicago to levels not seen since the 1970s. Wysinger notified McCarthy of his decision in recent days, saying after nearing his 30th year of service, the time to retire was right for him and his family.

“I don’t have the words strong enough to express how thankful and proud I am for the opportunity to serve in the Chicago Police Department,” said Wysinger. “While the Department I joined nearly three decades ago has changed and grown in truly remarkable ways, what hasn’t changed is the professionalism and dedication of the men and women of the CPD to make our great city safer.”

“On behalf of the people of Chicago, I want to thank Al for nearly three decades of dedication to the safety of our city and specifically for his tireless leadership over the past four and a half years,” said Mayor Rahm Emanuel. “While Al leaves big shoes to fill, John Escalante has proven himself time and time again, and he will be an incredible asset to the department in the fight against gun violence.”

“With more than 80 years of combined law enforcement experience, First Deputy Superintendent Escalante and Chiefs Welch and Andrews have dedicated their lives to making our neighborhoods safer,” said Superintendent McCarthy. “They are among the most respected leaders at CPD, and their skills and experience will serve us all well as we fight gun violence and ensure professionalism and accountability for our officers.”

John Escalante, First Deputy Superintendent
Chief of the Bureau of Detectives John Escalante has been appointed to the second highest position at the Chicago Police Department and will be responsible for all aspects of patrol operations, deployment and criminal investigations for the nation’s second largest policing agency. With more than 29 years of service, Escalante has held numerous senior command positions in the Patrol and Detective Bureaus, including Chief of Detectives, Deputy Chief of Patrol for Area North, Commander of the 14th District, and Commander of the Bomb and Arson Unit. Chief Escalante has a Bachelor’s Degree in Criminal Justice from Lewis University. He serves as the Chairman of the Chicago Police Department’s Traffic Review Board, Vice President of the St. Jude Police League, Chairman of the Financial Assistance Committee for the Chicago Police Memorial Foundation, and is a member of the International Chiefs of Police Association.

Constantine Andrews, Chief of Bureau of Detectives
Deputy Chief Constantine Andrews has been appointed Chief of the Bureau of Detectives, where he will oversee more than 1,200 sworn and professional staff members in the three Area Detective Field Offices, Central Investigations, Youth Investigations and the Forensic Services Section. Andrews is a seasoned police veteran with extensive investigative experience. He has held numerous senior level positions within the Detective Bureau, including Deputy Chief of Detectives, Commander of Area 5 Detectives, Commander of Intelligence, and Commanding Officer of Investigative Services, in addition to his current role as Deputy Chief of Patrol for Area North. He has completed coursework for a Master’s degree in Public Policy and Administration from Northwestern University and has undergone technical training in intelligence, civil-rights investigations, and homeland security from the United States Department of Justice.