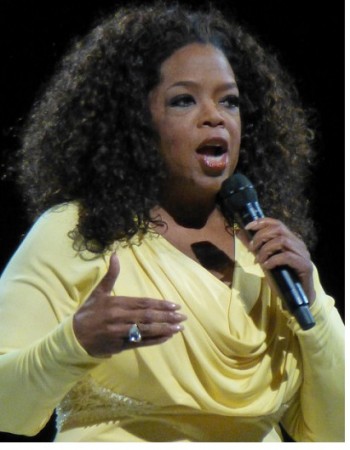 Oprah Winfrey’s Belief documentary suggests that all people seek some type of spiritual awakening. Religion is a force which drives most of humanity because people are simply spirits having a human experience. The series which premiered Oct. 18 on the Oprah Winfrey Network (OWN) is a reminder that in spite of the negative persona often perceived by religion, it also has the ability to transform, restore and heal. The week-long series will dive into different spiritual experiences by sharing stories of people within religious communities.

Mankind is inherently spiritual and as such should have been called human doings, not beings. Humans are the crowning work of the Creator and are reflective of the originator’s image. During the experience known as life on earth, it should be every person’s desire to recreate themselves in the highest version of the grandest vision they have ever had within. Life is about challenging the present state until it forces every person into a grander and larger experience of who they really are.

Spirituality can be difficult to understand when people feel trapped inside of the body that houses their spirit. The human body is a dwelling place and a vehicle of expression for the spirit, it is not the true identity of its tenant. The spirit actually gives animation to the body. Simply stated, the body is the house in which the spirit man lives while they are in the earth. It is the tenement while the spirit is the tenant. This is why many people look directly into the eyes of the person they are speaking to. It is as if they are looking through the window into the soul; the eyes are the window to the inner man.

Many times people are born into a religion that leaves them empty in search of a deeper existence. For this cause alone, many have been on a life-long search of a spiritual experience in order to identify their reason for existence. Oprah’s Belief series explores this longing. It follows ordinary people who are being challenged as they pray, worship, and walk pilgrimages in search of the divine in nature, neighborhoods and ultimately inward.

There is undoubtedly a shift in conventional religion that has forced many religious institutions to adapt and evolve. There is also a host of stability in American religiosity. The range of religious beliefs, attitudes, experiences, and practices that show continuity rather than change is impressive in this day and age, but the refusal of many to advance has long been a disturbance to the current generation. This type of attitude or belief has caused nearly an entire culture of people to move toward democratized faith where people are seeking to find meaning without deferring to traditional authorities who were once considered the sole mediator of truth.

Oprah’s Belief documentary reveals a radical widening of religious authority which has propelled society into a global spiritual revolution as people seek a personal experience. The series illustrates that most in search of a spiritual awakening are following the traditional wisdom of sacred text but using different mediums to access that enlightenment. As people remake religion for themselves today, they are replacing adherence to fixed doctrine with the personal power of spiritual experience to transform their lives.

This groundbreaking documentary confirms that people are searching for meaning, connection, and redemption in their own spiritual experience. The seven-episode event is making television history as it shadows humanity’s continual search for a connection greater than words found in a sacred book. OWN’s cameras journey across the globe to capture diverse faiths and experiences as people go all out to find what really matters in relation to their existence. Oprah’s Belief  documentary suggests people are spirits having a human experience and everyone is in search of their own spiritual revelation to fill the void of mundane existence.  The mini-series can be seen this week on Oprah’s OWN network at 8 p.m. ET/PT and will lead many to question what it is they truly believe.

Belief, Freedom of religion, Oprah, OWN