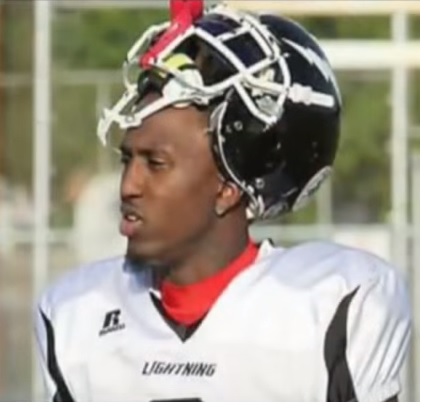 On Sunday, Oct. 18, Deante Smith entered the vestibule of the City of God Ministry church with a brick and hammer to allegedly attack the pastor. The church leader pulled out his gun and fired several shots killing the man. The 26-year-old was no stranger to the pastor and viewed him as a mentor. Reportedly, detectives are investigating a possible love triangle between the man who died, his wife, and the pastor.

Smith allegedly began posting threats and innuendos on his Facebook page a few weeks prior to the service on Sunday. He also accused the pastor of impregnating his wife, which his family said, “took him over the edge.” He began posting things as far back as Sept. 15, which caused his family and friends to become concerned, and even question if he was okay. Some of Smith’s alluding posts were:

Sept. 16: Can’t wait to see Sunday message at the City of God Ministry. I’ll be there with the truth. This (expletive) gonna hit the fan.

According to the young man’s sister, Deja Ward, the 26-year-old was going to the church to get closure with the pastor before attempting marriage counseling with his wife. At one time the couple, reportedly, lived with the pastor and his wife.  Smith looked up to the pastor as a father-figure and even called him dad. It is unclear at what point their relationship became strained enough to lead up to Sunday’s shooting, but only one party is left to tell the story. 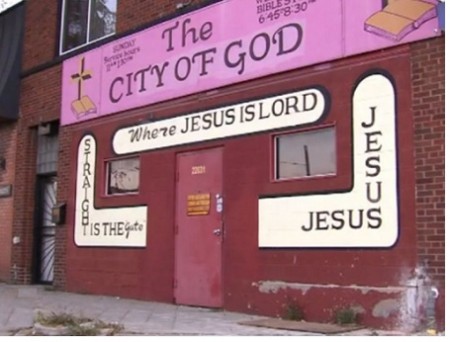 Members claim the man not only threatened the pastor, but also the minister’s wife, along with churchgoers. This may serve to justify the shooting as an act of defense. Assistant Chief Steve Dolunt said the pastor of the storefront church had problems with Smith before and added that the deceased had issued threats of bodily harm to the leader. On Sunday, the man entered the church yielding a brick and hammer. The pastor pulled out his Glock, fired several shots hitting Smith four or five times, and the man died.

The deceased man’s sister said he worked in the city of Troy at a manufacturing company. Smith and the pastor allegedly got into an argument outside of his job which led to the young man’s suspension from his employer. In addition to the suspension, the company offered Smith anger management classes which, according to his sister, the young man “intended to start after he and his wife reconciled.”

Ward also said her brother preached the word of God, was funny and loved football, but after learning of the alleged affair he lost it. Smith not only played for the semi-pro Michigan Lightning football team but was captain and the founding father of the organization. The team’s Facebook page included the following post on Monday:

His infectious smile and the courage in which he approached life, on and off the field, are attributes that will stick with all of us. More important than all his on-the-field achievements, was his ability to reach someone who was going through a rough time. ‘I got you,’ was echoed by him on many occasions, and to Tae, they weren’t just words; he wasn’t going to let you fall.

This all came to a tragic end on Sunday after Smith entered the City of God non-denominational church with a brick and hammer and the alleged intention to attack the pastor. Smith had been a member of the church for four years and had been close to the pastor before their friendship soured. The City of God Ministries was founded in 2010 and is located at 22031 Grand River Ave in Detroit. Law enforcement is not certain whether the distraught young man had any type of mental illness, as the case is still under investigation. No one else was hurt and at this phase, the pastor has not been charged.