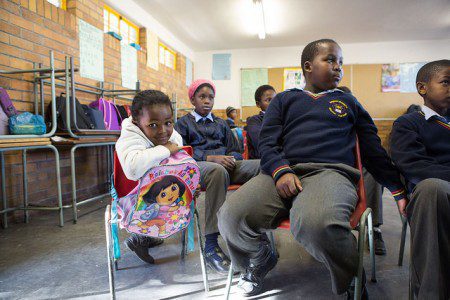 The African National Congress (ANC), ruling government party of South Africa, continues to fool the public by promoting a failing education system with strategies based on qualifying failing students through matric. By doing so, the matric pass rate is higher than what would be achieved if learners studied; simply a disguise to fool the people into believing the education system is working, when, in fact, the strategy is starting to show a weakness in the system.

It has been disclosed that matric pupils will write only three subjects at year-end and the rest during 2016, thereby ensuring all students receive a fair pass rate. What happened to study, diligence and determination to succeed? Learners will never adapt or succeed in gaining access to a higher education. By promoting students who fail to grasp the importance of or even to understand subjects, the government endorses the success of laziness. The students, happy to pass and not motivated to achieve success by diligently studying, lag behind in a normal society.

The real victims in South Africa are the students being bullied by a government – ironically, to promote fairness. The substance of lowering standards does not help young people move ahead and out of the pitiful past of inferiority. The problem of having no textbooks is nothing new in South Africa; in fact, it is standard for schools to not be equipped nor to function properly.

The South Africa government has never made education a top priority, and promoting a failing education system will keep people ignorant. The inability to grasp basic reading or writing remains a constant problem, and students wanting to enter university for a degree remain functionally illiterate, demonstrating the ongoing problem created by the government to ensure students are not equipped to tackle higher education. By not encouraging students to work at a higher level, the government has achieved exactly what is needed to keep the ANC party in power; keeping the mass of people uneducated.

South Africa has ignored the importance of education, and top level government members prefer liberation over the significance of knowledge. The ANC set out to liberate the people before educating them, and now the problems escalate. Teachers are incompetent, and mathematics is considered too difficult to master. Math’s literacy has been introduced as a way of short-cutting maths to the masses. Now, even the math’s literacy is too challenging for many to grasp.

Of the 4,073 estimated professors and associated professors, 70 percent are white while only 18 percent are black. After 21 years, South Africa has failed to produce black professors and, assuming not many want to go into teaching, this constitutes a problem for future learning. Had the government had a plan on how South Africa would look in the future, no occupation would be unattractive. South Africa needs new ideas and industries to move forward, instead of eliminating the importance of education.

While the ANC government might be considering free education in South Africa, it might not work and could turn out to be similar to the dilapidated hospitals with no medicine and a shortage of doctors. Free education could be like the primary school education – without textbooks, and will be the death of higher learning in South Africa. The government should invest more money into education and set a standard that will educate the students. Far too much wasteful expenditure has occurred, coupled with corruption; the South Africa government should focus on moving forward and opening opportunities for the masses to receive a decent education instead of promoting a failing education system.

Sources:
Mybroadband.co.za – Matrics who struggle only have to write exams for 3 subjects in 2015
Africacheck.org – How many professors are there in SA