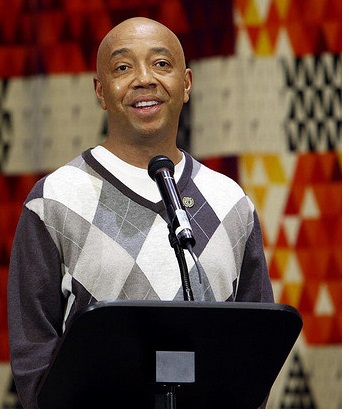 In July of 1992, business magnate, and hip hop innovator Russell Simmons launched an obscure pilot built on the platform of young, African-American comedians displaying their talents called Def Comedy Jam. Appropriately named, a franchise with global appeal, Def Jam was the company Simmons co-founded. By 1992, hip hop had reached pandemic levels and everyone wanted to cash in on its popularity. HBO was not going to be left out. When Simmons approached them with the concept, they were reluctant as first. Worried about the backlash of crude language and stereotypes, they paused. However, they soon saw the potential for such a platform and jumped onboard.

Hidden within the crevices of this innovative opportunity for comics of color are success principles which would prove beneficial for the longevity of the series as well as in business and personal aspirations. Robert Fulghum, author of the classic Everything I Need to Know I Learned in Kindergarten once said:

I believe that imagination is stronger than knowledge. That myth is more potent than history. That dreams are more powerful than facts. That hope always triumphs over experience. That laughter is the only cure for grief.

The show’s line-up reads like a Hollywood Who’s Who. Most of them went on to have their own shows and experience stardom. Comedians like D. L. Hughley, Bernie Mac, Joe Torry, Martin Lawrence, Cedric The Entertainer, and Dave Chappelle utilized the show as a launch point for popularity. Simmons has said for years he had very little to do with their explosive opportunities; it was just a mixture of being in the right place at the right time. However, looking back on the iconic run from 1992 to 1997, it stands to reason it was not just a lucky streak. Instead, it was a well thought out, calculated plan Simmons and his production team displayed. Here are a few success tips that can be learned from Def Comedy Jam’s awesome platform:

Assemble the talent then get out of the way: Typically when thinking of becoming successful it is often easy to become overly involved. Managers tend to jump in and start micromanaging to the point they mess things up. However, if a team has been supported and trained properly the management team owes it to themselves and their team to fall back and get the heck out of their way. When people are free to flow in their creative gifts, they are more productive. Nothing slows up progress like having to stop and report every step to a manager. Simmons was not a comedian, but he understood how artists work. They need the liberty to be themselves and express their truth.

Give people a platform to experience significant: Significance is a powerful force. With it, people have a better chance to actually live up to life’s potential and without a sense of significance they will cower in the corner of existence. The Def Comedy Jam atmosphere was reminiscing of what Lorne Michaels created with Saturday Night Live in the ’70s. Every comedian on earth wanted to get to New York and work with the writers of SNL. It was a haven that fostered creativity and they knew it. Simmons had somehow stumbled onto this type of magic and the buzz extended across the nation.

As the leader, say as little as possible: What became infamous for Simmons was his brief words at the close of each taping. He would jump on stage with his New York Yankees hat, wave to the crowd and say in his soft-spoken 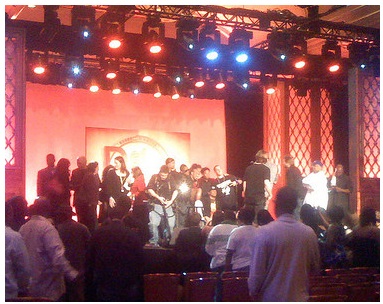 manner, “Thanks for coming out; good night.” That was it; that is all he would say. People wanted to hear his commentary on the comics or current events, but Simmons was serious about keeping a low profile. He knew the audience had been sitting for hours through the taping and also knew the comics had made an incredible impact and he did not want to pull away from that. The business mogul understood that leadership is influence in a quiet way, not a boisterous presence that demands attention.

Fans of comedy have no doubt come across the side-splitting antics from Def Comedy Jam. One after another, comedians showcased their talents on that stage. And just like planes lined up for take-off, they all went on to bigger and better things. What looked like a directionless gathering of young talent, was really a blueprint for decades of success for so many. Sure the idea was to garner laughter, but what fans should have been doing was paying closer attention to Russell Simmons’ master plan for getting personal careers and business teams to the next level.

One Response to "Success Principles From ‘Def Comedy Jam’"