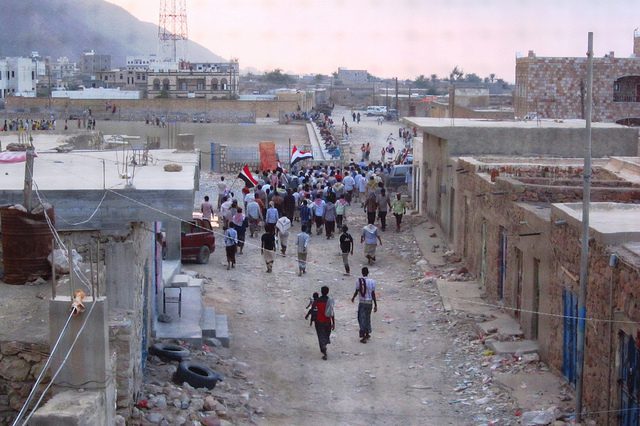 BBC News reported on Saturday, Oct. 17, 2015, that Yemen troops were killed when a Saudi-led coalition airstrike hit the wrong target. According to security officials, at least 20 troops have been killed.

Yemen forces, who are loyal to exiled President Abdrabbuh Mansour Hadi, also known as Pro-Hadi, are receiving support from the Saudi coalition.

Saturday’s reports indicate that there were two different airstrikes completed by the Saudi-led coalition. The first attack was between the southern provinces of Taiz and Lahj, which resulted in friendly fire deaths and injuries. The second bombing occurred in the Jawf province. According to BBC News, the airstrike killed 13 Northern Shia Muslims, also known as Houthi rebels.

Also reported today, “Hundreds of Sudanese troops” arrived in Aden, Yemen. These are the first of 10,000 troops expected for the Saudi-led coalition. The reinforcements’ mission is to regain control of Aden due to a rise in “pro-government assassinations.” For example, the drive-by killing of a Saudi officer that occurred on Friday.

According to the U.N., there have been at least 4,500 civilian casualties since March 2015. Additionally, approximately “1.5 million people have been displaced.” The U.N. further reports an estimated 13 million citizens are experiencing food scarcities. At least 80 percent of the population would benefit from various types of aid.