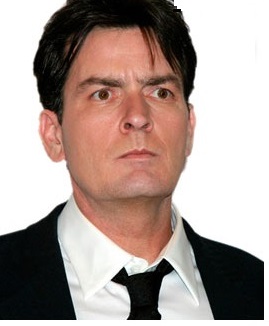 Recent news about television’s bad boy has Hollywood in a panic. Actor Charlie Sheen confessed to having paid out millions of dollars to keep his HIV Positive status hidden for years. The 50-year-old said he was not sure how he became infected, but once it was confirmed the diagnosis hit him hard. Although, friends tried unsuccessfully to convince Sheen to come clean, fear held him hostage until now.

Unfortunately, the actor’s HIV positive status did not keep him from having sex with numerous women. The troubled celebrity admitted to having slept with over 5,000 women but believes it was “impossible to have infected” those he had protected encounters with. The Two and a Half Men star claims there were only two people who could have been exposed, but they were warned ahead of time.

Sheen decided to come clean after being “victimized” for years with extortion and betrayal in efforts to keep his status hidden. He has paid out so much money that, according to the star, it has depleted the future. When speaking with Matt Lauer of the Today show, Sheen said:

What people forget is that’s money they are taking from my children, you know. They think it is just me, but I have five kids and a granddaughter, you know.

The Anger Management actor said he was not aware of the status until he began having insane migraines and several clusters of headaches. After three nights of profusely sweating so bad that the bed was drenched, Sheen was hospitalized. Initially, the actor believed he may have had a brain tumor and that his life was over, but a series of tests revealed he was instead, HIV Positive. Years of debauchery had finally caught up to him causing the celebrity bad boy much devastation. 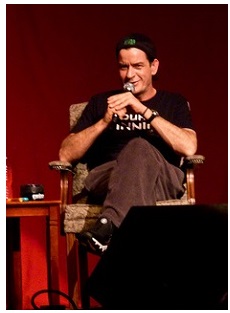 Born Carlos Irwin Estévez, the actor quickly rose to fame after a series of successful films. He most acted in movies from 1986 to 1999 before becoming a household name for his television roles. Some of the actor’s most known film roles were in movies such as Being John Malkovich, Wall Street, The Three Musketeers, Young Guns, Money Talks, Platoon, Major League, The Arrival, Lucas, Hot Shots! and Eight Men Out. In 2010, Sheen was deemed the highest paid actor on television after replacing Michael J. Fox in Spin City and having charmed the world in Two and a Half Men.

Soon after being recognized with several Golden Globe and Emmy nominations, the actor’s personal life began to unravel. He made headlines for drug abuse, alcoholism, domestic violence allegations and marital problems. In 2011, Sheen was fired by CBS and Warner Brothers from the hit series Two and a Half Men.

After his dismissal from the acclaimed show, the actor suffered a highly publicized meltdown. Sheen began making bizarre statements during television interviews and also uploaded videos to YouTube of himself displaying inappropriate and strange behavior. It was then suggested by a psychologist that the actor suffered from bipolar disorder.

More recently, Sheen had been relatively quiet and out of the media’s eye with the exception of a few personal incidents. Rumors of his health began to surface and today the actor confirmed he has paid millions to keep his HIV Positive status hidden. According to the 50-year-old, all blackmail payments have ceased and as of today he is freed from the secret which held him hostage.