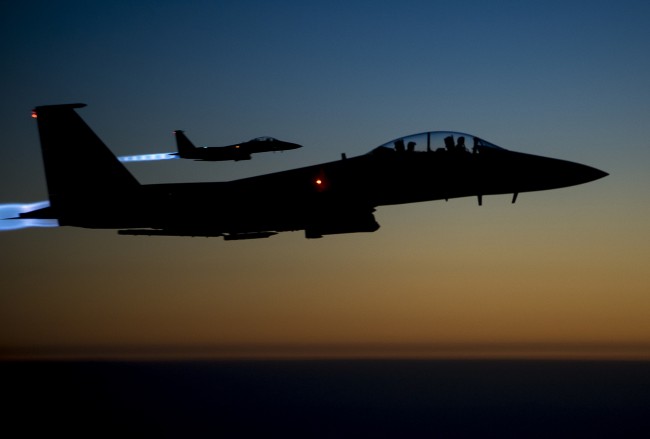 On Sunday, Nov. 15, 2015, France retaliated against the Islamic State of Iraq and Syria (ISIS) in Raqqa, Syria, by launching its largest airstrike to date. The bombing took place one day after ISIS took credit for the attacks in Paris, France on Friday, Nov. 13, 2015, which left 130 dead and hundreds injured. According to CNN, French President Francois Hollande vowed revenge against this “act of war” perpetrated against the capital city.

On Saturday, Nov. 14, 2015, ISIS issued a statement taking responsibility for the massacre in Paris the night before. The group also declared France would continue to be one of their primary targets. According to Express, a U.K. newspaper, the announcement was issued online in French and Arabic.

The statement released by ISIS said the assault on Paris was in retaliation for French airstrikes in Iraq and Syria, as well as France’s insults to the Islam prophet. Furthermore, the claim indicated that the attackers were “terrorists allied to the extremist network,” who were sent to carry out the attacks.

Express also published tweets written about the coordinated attacks “using the sick #ParisisBurning.” One such tweet, sent from Kuwait, read, “God is great and thank God for these lone wolf attacks.” Conversely, one woman wrote, “Disgusting how ISIS Twitter accounts are hashtagging ‘Paris is Burning,” and “Celebrating the deaths of innocent people, what a vile world we live in.”

According to the U.K. newspaper, one of the murderers from Friday “reportedly shouted, ‘It’s for Syria’ and ‘Allahu Akbar’ – the Arabic for ‘God is great’ – before slaughtering around 100 music fans,” at the Bataclan nightclub. The coordinated assaults in Paris took place hours after reports surfaced that Jihadi John was killed in Syria. 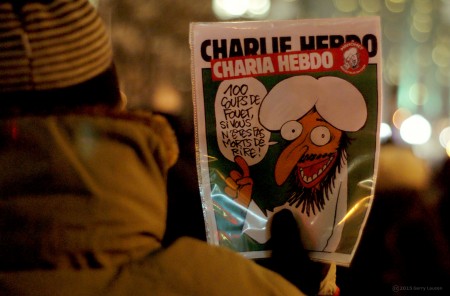 In January 2015, President Hollande announced France would be increasing the frequency of the airstrikes in Iraq and Syria. This declaration came a few days after masked gunmen entered the offices of the newspaper, Charlie Hebdo, and slaughtered 12 people. The New York Times reported among the deceased were an editor, police officers, and notable cartoonists.

France first joined the U.S.-led coalition in 2014, in an effort to support the fight against Iraq and supply Syrian rebels with weapons. Two months after joining the coalition, the French military began its first airstrikes.

On Nov. 15, 2015, France retaliated against ISIS by bombing the terrorist group’s facilities in Syria. As a result of the violence on Friday and ISIS taking responsibility on Saturday, there is a perceived threat of a deepening distrust of the country’s Muslim community.

According to MSNBC, France “has Europe’s biggest Muslim population and more that a few ISIS sympathizers.” In August 2014, results of a poll completed by ICM Research for Rossiya Segodnya, the Russian news agency, were published. The Muslim community makes up 7.5 percent of the French population,  which is approximately 68 million.  According to the poll, as reported by Newsweek, 16 percent of the country’s citizenry sympathize with the Jihadist group, ISIS. The largest group of supporters is among the 18 to 24-year-olds. The same poll found support for the terrorists in Britain to be 11 percent, and in Germany; 10 percent.

Officials in Paris have begun a search for 26-year-old Salah Abdeslam, a person of interest in the investigation of the massacre on Nov. 13, 2015. He is believed to be the brother of a suspect currently in custody. Another of the alleged attackers is deceased. As the manhunt moves forward so did President Hollande’s vow of revenge against the extremist organization. He retaliated against ISIS by launching France’s biggest airstrike to date and bombing multiple critical facilities used by the terrorists in Syria.