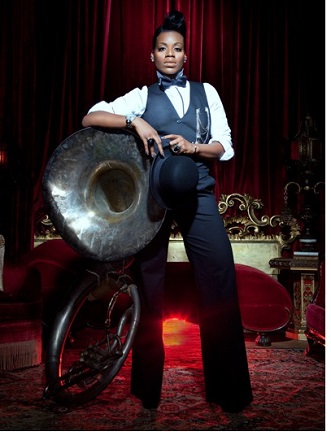 The Soul Train Awards aired on Centric and Black Entertainment Television (BET) networks on Sunday, Nov. 29, 2015, honoring legends of soul music while celebrating up and coming stars. The televised event was hosted by Erykah Badu, who opened the show by performing a medley of some of her own notable hits. The highlights of the musical night were Jill Scott, winner of the first ever Lady of Soul Award and Kenny “Babyface” Edmonds, who was the recipient of the Legend Award. It was during a tribute to Babyface that American Idol winner Fantasia Barrino-Taylor brought the house down.

The star-studded event featured many great performances from artists new and old. Fantasia shined brightly during an emotion-filled rendition of Exhale (Shoop Shoop), originally sang by the late Whitney Houston and Superwoman by Karyn White. The 2004 Idol winner brought the house down proving she is still one of the greatest singers of this era. The Grammy Award-winning singer took everyone to church during the performance; even Babyface stopped playing the piano and stood to his feet. After the performance aired, Fantasia posted the following on Instagram:

Tonight I was in the presence of so many Greats who were honored… They deserved every bit of it… I will work hard and hope maybe to one day be honored as well.

The Legend Award was presented to Babyface by former band mate and friend, L.A. Reid. After taking the stage to render accolades, the producer went to the piano to perform some of his classics. Joining him for different performances, in addition to Fantasia, was Tevin Campbell, Boyz II Men, Brandy and Bobby Brown. The R&B legend has penned an innumerable amount of hits over the years and the few selections chosen for the Soul Train Awards were well received. All the singers shined during their performances, but Bobby Brown appeared to be a fan favorite as well as Fantasia, who brought the house down.

The Broadway star is known to give her all during every performance. The industry calls it “leaving it all on the stage” whenever an artist renders such heartfelt presentations. Fantasia has been wowing audiences since the tender age of five. She comes from a musical family and traveled as a youngster singing gospel with her family for years. She is also the first cousin of R&B duo K-Ci & JoJo, formerly of Jodeci. The North Carolina native cites legends such as Tina Turner, Patti LaBelle, and Aretha Franklin as her biggest musical influences. She quickly rose to fame in 2004 as the winner of the third season of American Idol. 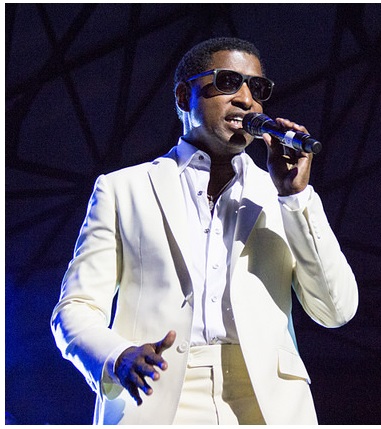 In addition to Babyface’s crowning, Jill Scott was presented with the Lady of Soul Award. This was the first time this category of honors was ever represented during the Soul Train Awards.  The Neo-Soul singer, known as Jilly from Philly, received many special tributes and words of recognition from some of the industry’s top artists and executives. She then took to the stage and blew the crowd away with some of her most beloved songs from over the years.

The Soul Train Awards ceremony was broadcast on both Centric and BET, and will encore multiple times during the week. The star-studded event, hosted by Badu, was a music filled night which left the audience wanting more. The tribute to Babyface was a 16-minute-long melody featuring the honoree as he backed up most of the artists on piano before taking center stage to perform with another fan favorite, Bobby Brown. The tribute also included a finale performance of Whip Appeal as the audience cheered. The highlight of the celebration was when Fantasia hit the stage and brought the house down in back-to-back, soulful renditions which included two of Kenny “Babyface” Edmond’s hits.