South Africa: What the Majority Wants 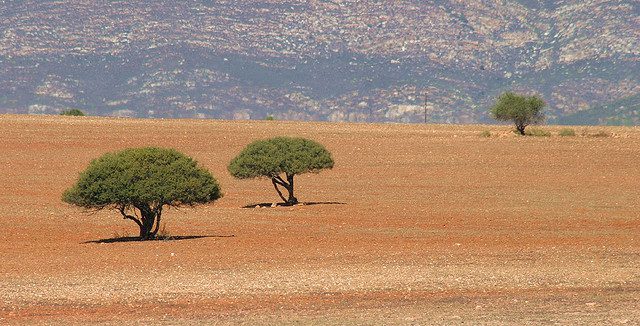 In South Africa, the majority wants economic freedom, and most believe the struggle to obtain such freedom is all about a fight with the white minority group. Financial security, owning land, and having a job is important. The majority wants to stand together to reach a single destination. Many people realize that the desire for freedom of living in a democratic society is being used negatively, and that there is hatred directed at the majority, causing difficulties in gaining economic freedom. On the other hand, there are several thousands of people in South Africa who think that as long as the white minority own the land, there will never be freedom, and slavery shall continue into future generations.

However great the struggle is for the majority to obtain financial freedom, the struggle is being obscured by a few politically rational souls who continue to force an opinion upon the majority; a strong opinion that the entire blame of poverty and slavery falls on the white minority, who continue to steal the resources. The white minority is squarely the reason why blacks suffer in South Africa. There is the perception that as long as white people control the economy, there will never be freedom in South Africa.

The poor people who struggle to see the objective are blindly led to believe the white people are to blame, and there is no easy solution. They are told that whites must be fought against for the rightfulness of what belongs to the majority, and that the fight must be combated with commitment and determination to create a stable financial country. The majority must stop dreaming of financial security as it will never come to pass unless action is taken.

The battle must remain a fight for a financial solution, and that battle is against the white minority who were led by former president PW Botha, who hated the majority. How are the majority going to claim the stolen land, and how are the people going to benefit when none are skilled and there is no equipment to ensure productivity?

Whites are considered to be foreigners in South Africa and many wish for their quick evacuation so that the country can develop without the hindrance of a white person. The black man wants to produce moving machinery, farm, and live a life of opulence. While all the talk and mudslinging continues, the black man remains chained to poverty and laziness. That white people hate black people is the most aggressive untruth now being fed to the ignorant.

Many believe that most blacks are dependent upon some form of government grant and that the leaders are not brave enough to stand up to the superpowers. The poor remain powerless, and most are dying, because the government of South Africa does not condemn white supremacy. There is the conviction that the land has more than enough natural resources, minerals, and vegetation to feed the entire continent. The government should impose sanctions against the West.

The outcry of being victims of racism cannot be ignored for much longer. It is a cry for the majority to learn about African history and forget what the oppressors are saying. There must be a deep longing to understand the African roots and turn away from the white man’s intelligence that blinds the wisdom of the majority.

There is a call to wake up and reclaim justice for the people of South Africa, and a call to take back what was stolen, either forcefully or peacefully, and sooner rather than later. There is a demand to stop the difficulty of teaching children about African heritage when white domination and superiority are continually observed, and to stop the mental slavery and return to the way of the ancestors. They want to stop being restricted and for people to realize the white man will forever be an enemy.

There is an appeal by a few radical few who continually state that the black majority must stop dwelling in the past and remove the whites in power who continue to cause problems. To achieve this, the majority must stop acting cowardly, condemning black people, and stand united against a common enemy. Many believe it is a systematic war of culture and religion with wealth traced back to Western countries. It is controlled with a simple solution to divide and conquer. Africans must stop being scapegoats.

However much the majority want a change to economic freedom, there is the conception that it will take decades to educate the masses in the way whites used to colonize black people; killing black people for land and shipping black people off to a foreign country to work as slaves. They believe that teaching the masses the humiliation of black women, and the method of defeat through education will also take a very long time. They want to forcing the majority to believe that blacks were inferior in order to fulfill the evil cause of white supremacy.

It is not what the majority want, but rather what a few revolutionary people want, and the greatest weapon being used is intimidation. The government has used intimidation for 21 years and has succeeded in remaining in power. Now that many have understood how easy it is to intimidate the masses, the call becomes louder and bolder with no foresight of a better future for all. The call that the few violent people make does not take into consideration the consequences of a revolution. White people want peace, black people want peace, and somewhere there is a solution for South Africa.

2 Responses to "South Africa: What the Majority Wants"