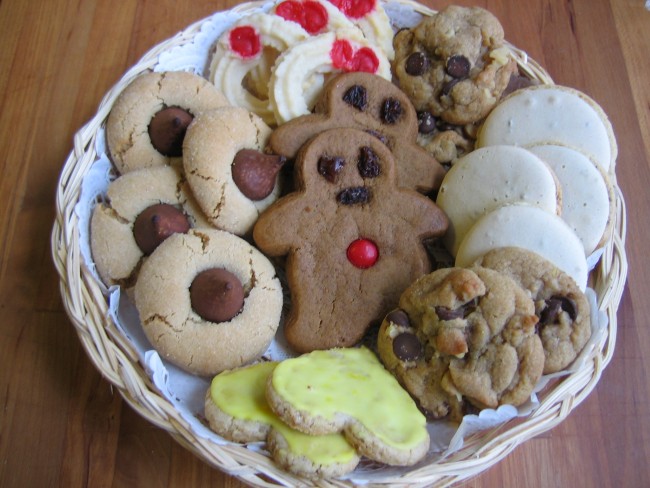 Many cannot resist the siren call of the leftover Halloween candy, bag of cookies, remaining cake and other scrumptious sweets. It turns out that it may not be their fault. Science has long proven that alcoholism and drug addiction tendencies are passed down from generation to generation. New research shows that other addictions are also inherited. Gene variants in DNA cause some people, and their descendants, to have cravings for high calorie foods.

For some people, sticking to a healthy diet is easier said than done, and giving up sweets is comparable to when other addicts decide to try and quit their vices. A new study presented at the Obesity Society Annual Meeting in Los Angeles this week suggests that the problem fitting into those jeans may be in the genes.

Researchers from Imperial College in London have been looking into whether certain variants in genes may actually cause people to be “hard-wired” in their DNA to want foods that are loaded with fat and sugar. In other words, they may have found further evidence of a possible “fat gene.”

Study leader Dr. Tony Goldstone, who is an endocrinologist, and his colleagues identified two variants in genes that seem to influence whether people select high-calorie or low-calorie foods and actually noticed differences in brain activity tied to the choice. The researchers found that study participants who had a genetic variant near the FTO gene, one that has been associated with a predisposition toward obesity, and indicated that they found the high-calorie foods more appealing demonstrated greater activity in the orbitofrontal cortex part of the brain. This area of the brain is where people show the rewards value of the food they taste. They also showed more brain activity in an area known as the striatum, which involves cognitive functions. This activity was only seen if the participants also showed signs of a DRD2 gene variant that affects regulation of dopamine, a neurotransmitter tied to cravings.

For their study, the research team conducted DNA genotyping on 45 white adults between the ages of 19 and 55. The participants all had a body mass index (BMI) between from 19.1 kg/m to 53.1 kg/m, a range from average weight to obese.

The volunteers were then asked to examine photographs of various foods with low or high calorie content. They then rated how appealing the foods were. Throughout the experiment, researchers used functional magnetic resonance imaging (fMRI) to gauge their brain activity.

Based on the results observed, the researchers are theorizing that individuals who possess the FTO gene might be at greater risk for obesity because their dopamine signals trigger cravings and rewards in the presence of fattening foods. This suggests that genes and DNA influence obesity behavior-wise versus the genetic tie of being built like a parent or fact that parents who are obese tend to have children who are obese.

As Goldstone noted, people with the genetic variants “may experience more cravings than the average person when presented with high-calorie foods – that is those high in fat and/or sugar – leading them to eat more of these foods.” So, those high calorie cravings may be in the DNA and hard-wired into people. This also implies that addressing the genes may be more effective at changing behavior and waistlines than merely putting in more hours at the gym and scrimping on portions.