Is Homophobia Considered a Disorder? 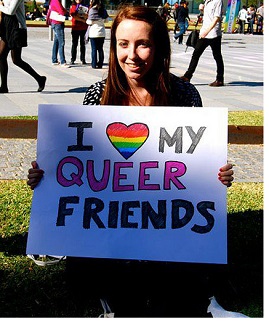 Years ago, homosexuality was named in the American Psychiatric Association’s manual of disorders, but in an ironic twist, research now argues homophobia should be diagnosed. The Journal of Sexual Medicine suggests that homophobia, not homosexuality, is the psychological disorder. Many have found the results of this new study troubling.

The study, which took place at the University of Rome Tor Vergata, was completed by approximately 560 participants who were questioned on their feelings about homosexuality. After the students reported their feelings, they were given a standard psychiatric evaluation. Participants who displayed animosity towards homosexuals also revealed several red flags such as passive-aggressive behavior, denial and the inability to trust others. Others, who showed less enmity towards homosexuals, were believed to display healthy attachment styles along with mature coping mechanisms in unpleasant or scary situations. After which, Emmanuele Jannini, the leader of the research team, concluded:

After discussing for centuries if homosexuality is to be considered a disease, for the first time we demonstrated that the real disease to be cured is homophobia.

Just this past summer same-sex lovers were handed a victory from the Supreme Court by gaining full “equality” and recognition. Efforts have now been channeled towards silencing all who oppose. In just about three decades, America has transitioned from a country where homosexuality was diagnosed as a disorder to a nation where those who refuse to bake a cake for a gay wedding could be penalized. Now, in a strange twist of thinking, homophobia is being listed as the true disease in need of a cure. 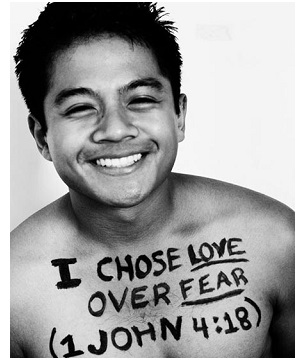 The method by which the study was completed is now in question. Many are arguing that people who demonstrate negative psychological traits typically do not discriminate based on the criteria of sexual orientation. However, according to the results of the new study, anyone that believes homosexual behavior is wrong might suffer from a disorder.

It has not been that long since gender was synonymous with an individual’s biological sex. Today, gender is no longer based on biology, but identity. More now than ever, society is seeing this play out across the country with the emergence of “gender-neutral” restrooms on many college campuses and in numerous municipal workplaces. The American Psychological Association identifies gender as “an individual’s sense of oneself as male, female, or transgender.” After the study was released several critics voiced their opinion by stating homosexuality is against God’s divine order. One person, in response to the Christian perspective, said:

Homosexuality was removed from the DSM in 1973, it has been 42 years since being gay was considered a disorder by the medical profession. If some Christian denominations want to continue to claim homosexuality is a disorder, they are perfectly welcome to do so, and no one is stopping them. People may hold whatever religious views they like. However, as time goes on, they will find that more and more people disagree with them, and do agree with the medical consensus opinion which has been in effect for 42 years – that homosexuality is not a disorder.

Is homophobia really considered a disorder? It has not been diagnosed as such, but new research suggests that homophobic attitudes reveal a lot about the person. This does not mean that homophobic people are psychotic; however, the study does suggest that people who cleave to homophobic views have some psychological issues which need to be analyzed. Further research will need to be completed in order to add credence to the results of the new study.