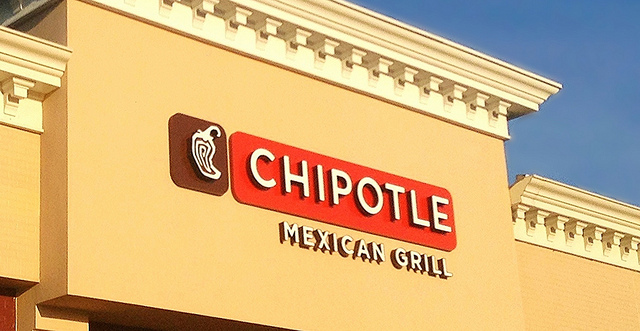 On Friday, Nov. 20, 2015, the Centers for Disease Control and Prevention (CDC) released an update on the Escherichia coli (E. coli) outbreak at Chipotle. According to The Oregonian, the outbreak has now spread beyond the northwest and into a total of six states. Out of the 45 people who have become infected with the E. coli 026 strain, 16 have been hospitalized. The outbreak was initially reported in the state of Washington, in which 26 people became sickened. Subsequently, 13 people in Oregon also became sick, along with two people in Minnesota and California, as well as, one victim each in New York and Ohio.

For consumers who feel they may have been exposed to E. coli, the symptoms to watch for include abdominal pain and watery diarrhea that is sometimes bloody, according to the CDC. Although testing performed by the Food and Drug Administration (FDA) did not uncover anything, health officials investigating the outbreak believe the E. coli originated in raw produce.

As of this report, no one has died or suffered from the common kidney failure associated with this strain of E. coli. A total of 43 Chipotle stores were re-opened in Portland and Washington last week, despite health officials’ failure to explain the outbreak.