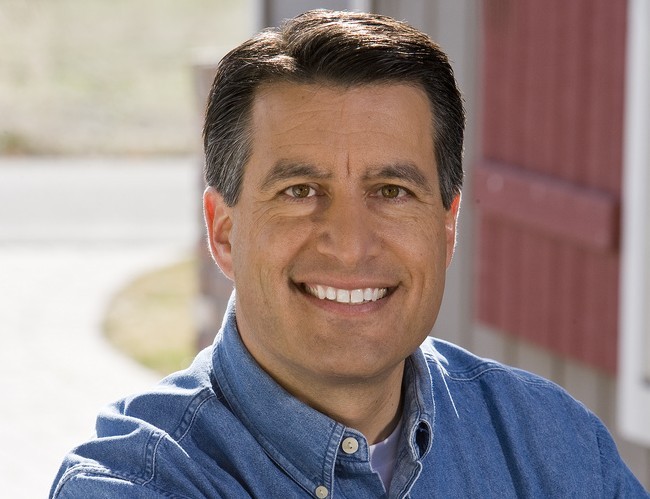 The Paris attacks have prompted Sharron Angle, former U.S. Senate candidate against Harry Reid, to publicly call for Nevada Governor Brian Sandoval to keep Syrian refugees out of the state. Should Sandoval agree, Nevada would join the growing list of states now refusing to accept refugees from Syria.

According to Angle, “The governor’s silence is astonishing. In fact, none of Nevada’s elected officials have said a peep, whether it’s Congressmen Joe Heck, Mark Amodei, and Cresent Hardy, or Congresswoman Dina Titus. It is hard to imagine what they are waiting for.”

Heck (R-Nev.) has announced that he will run to fill the vacated seat of U.S. Senator Harry Reid (D-Nev.) in the Silver State. Democrats are behind Kathryn Cortez Masto. As of this writing, neither Heck nor Masto had made public statements concerning whether Nevada should accept or deny the influx of Syrian refugees.

Guardian Liberty Voice spoke to Angle about her possible run and asked her where she stood on whether Nevada should accept Syrian refugees. Angle believes Nevada should refuse refugees, as other states are doing. “We cannot take the chance now. There is too much at stake and our elected officials need to put the safety of our people first,” said Angle.

According to Redstatewatcher.com, as of this writing, 16 states have decided to refuse to allow Syrian refugees in light of the Paris attacks. Presidential hopeful and Governor John Kasich (R-Ohio), in a televised interview with Neil Cavuto of Fox News, said that the states have no authority to prevent the federal government from accepting Syrian refugees. When asked about Kasich’s statement, Angle responded, “Certainly, we need the House and the Senate to use their influence with the White House. The silence from Nevada’s congressmen, as well as Senators Dean Heller and Reid, is very frustrating. Do they stand with Nevada residents and our country or the Syrian refugees?”

Las Vegas authorities have said that at this time, there are no threats against the dense tourist destination, but interviews conducted on the Vegas strip outside the Paris Hotel and Casino imply people are worried in the wake of the Paris attacks. Previous threats by ISIS towards the city have Nevadans watching the situation closely. Governor Sandoval of Nevada has not yet made any public statement about the Paris attacks or whether his state will continue to accept Syrian refugees.

Paris Attacks Prompt Sharron Angle to Call for Sandoval to Keep Syrian Refugees Out of Nevada added by Lucy Lane on November 16, 2015
View all posts by Lucy Lane →