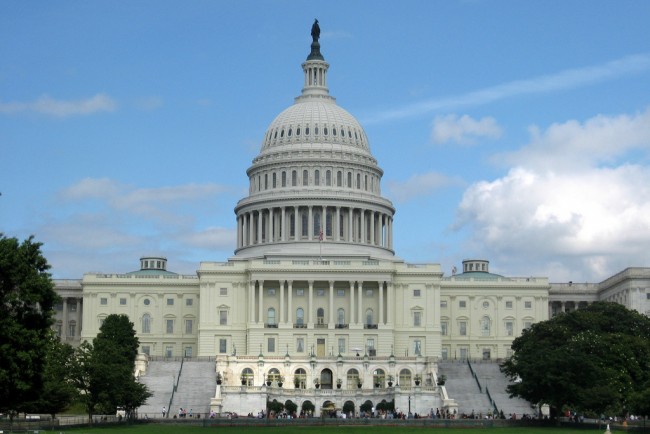 On Nov. 19, 2015, the U.S. House of Representatives voted for tighter restrictions concerning the hosting of Syrian refugees in the United States. The proposed augmentation is the response of Congress to the Nov. 13 bombing and shooting attack on Paris that caused the deaths of over 130 people. One of the attackers allegedly had a Syrian passport, which has created fear surrounding those seeking refuge in the United States from war-torn countries. However, it has been reported by USA Today that the attacks were carried out mostly by people from Belgium and France. Democrats in the U.S. Senate have also shared concerns in connection with the 20 million travelers who are able to enter the U.S. through the visa-waiver program.

Senator Dianne Feinstein (D-Calif.), the top Democrat on the Intelligence Committee, believes legislation requiring U.S. embassies overseas to conduct interviews before allowing travelers to enter the U.S. from any of the 38 countries that are members of the visa-waiver program is necessary. She has stated that a primary interview question should be, “Has the traveler been to Iraq or Syria in the past five years?” Feinstein’s proposal would require that all visitors to the U.S. be mandated to carry passports that contain biometric information, including an e-chip and fingerprints, in order to combat fraud.

According to Feinstein, there are 45 million travel documents currently being sold on the black market, which is her primary purpose for pushing for the e-chip on passports. Senator Maria Cantwell (D-Wash.) confirms that a bill requiring digital pictures and fingerprints will allow for those using false identities to be traced. Feinstein and Cantwell want the U.S. to use fingerprint scanners and facial recognition software and to share the information with all countries. This way, it will be clear where these people are going.

The proposal Feinstein has put together is supported by co-sponsor Senator Jeff Flake (R-Ariz.) and Senate Minority Leader Harry Reid (D-Nev.). The regulation will be presented after Thanksgiving. The travel industry is against any changes in the visa-waiver program due to possible changes in economic benefits.

The U.S. Travel Association reports that the visitors from visa-waiver locations stayed in the country an average of 17.5 days, and each spent $4,700, for a total of $190 billion in 2014. Jonathan Grella, executive vice president of the U.S.Travel Association, argues the program has become a scapegoat for the U.S. Senate, and their response is in haste. He strongly believes that the program is secure and successful and had nothing to do with the attack on Paris.

USA Today reports the visa-waiver program was developed in 1986, allowing residents from 38 countries to visit the U.S. without a visa. Some of the countries that have entered into this agreement include a large part of Europe, Japan, South Korea, and Australia. In exchange for the freedom to travel, these countries agreed to share any information obtained on suspected or known terrorists and other criminals. Lost or stolen passports must be reported immediately to Interpol. These countries are supposed to screen travelers through terrorist and law-enforcement databases under the Electronic System for Travel Authorization (ESTA).

Authorities in the travel industry argue that the review carried out through ESTA is a stronger defense than the face-to-face interviews mandated to obtain a visa. According to an international agreement, all passports issued after Oct. 26, 2006, are electronic. Unfortunately, in 2011, the Government Accountability Office discovered that only half of the countries included in the visa-waiver program have actively been sharing their terrorist watch lists per the agreement.

On Nov. 17, once it was determined this could be done safely, President Obama announced the resettlement plan of 10,000 Syrian refugees in the U.S. Obama stated with confidence that America will do what is right, and it will be done the right way. He further said that it is the duty of the United States to step up and take care of these people exposed to danger while at the same time keeping citizens safe in the wake of an attack. The president’s words can be heard in the video at the end of this article.

However, the House of Representatives passed legislation on Nov. 19, which would delay the president’s plans. According to Reuters, the bill was drafted in the wake of the attack on Paris that killed over 130 people. The bill passed in the House with a vote of 289-137, including support from 47 Democrats. According to House Speaker Paul Ryan, the bill will only put the president’s plan on pause.

This bill would make the screening process the strictest possible should the U.S. allow refugees resettlement opportunities. It was passed with a two-thirds majority in the House, which is the number of votes necessary to override the president’s veto. The bill goes to the U.S. Senate next. Even though it is Republican-dominated, it is uncertain how the vote will go. If it passes, they would also need a two-thirds majority vote in order to override a presidential veto.

Reid does not believe the bill will pass in the U.S. Senate. Democrats are focusing on the expansion of gun-control restrictions for foreign nationals, as well as U.S. citizens on the terrorist watch list. Feinstein is the leading advocate of the augmented bill. Her mission is to prevent anyone on the list from being able to purchase firearms or explosives while in the U.S. This idea had been introduced on the Senate floor multiple times by late Senator Frank Lautenberg (D-N.J.). Feinstein has stated, “If you’re too dangerous to board a plane, you’re too dangerous to buy a gun.”

The National Rifle Association (NRA) has strongly come out against the idea. The NRA holds the belief that singling out those on the terrorist watch list is against the Second Amendment rights of U.S. citizens who are wrongly put on that list.

Tougher gun restrictions will come against strong opposition from the NRA, lawmakers, and citizens. Previous attempts have been made to impose more stringent gun laws that were not accepted, even after mass shootings in Roseburg, Oregon; Charleston, South Carolina; and Newtown, Connecticut.

According to the Government Accountability Office, between 2004 and 2014, it was reported that 2,043 people on the terrorist watch list had purchased guns. The report concluded that 91 percent of those on the list who attempted to purchase a firearm were successful.

Currently, a foreign national visiting the U.S. through the visa-waiver program can legally purchase a firearm. Those who visit the U.S. on visas, however, are not legally able to buy a firearm in the U.S. Feinstein maintains the belief that the program, with its minimal screening process, has become “the soft underbelly of our national security policies.”

At this time, the expansion of gun control is without support from House and U.S. Senate Republicans. House Speaker Ryan declined to respond to the proposal. He chose to pass it off to the new task force of committee chairmen, who are researching new ways to enhance security in the U.S., as well as new counter-terrorism efforts.

Michael McCaul (R-Texas), House Homeland Security chairman and a member of the task force, stated that it is anticipated the committee will propose a bill that restricts the visa-waiver program. This is the legislation that will be proposed by Feinstein and her co-sponsors after Thanksgiving. House Democrats are questioning the effectiveness of the bill.

Since it is unclear who led the terrorist attack on Paris, Senator Lofgren (R-Iowa) believes that taking the simple approach is not why U.S. voters elected officials to the Senate and the House. Lofgren trusts they were elected to remain calm and keep their people safe from danger. The following video is President Obama’s response to the attack on Paris.