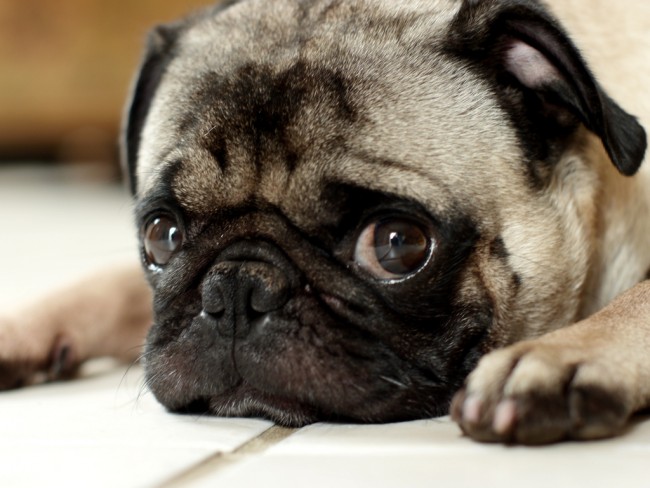 Dogs considered to be “high fashion” suffer from chronic and often painful health conditions simply because people desire these designer dogs for their unnatural facial appearances. Pugs, as well as French and English bulldogs, have serious health issues due to the flat faces that make them so enticing to some, and dog breeds with shorter muzzles can have chronic respiratory issues, which cause them to be continuously out of breath. This condition is crippling and lasts a lifetime. The topic so alarms some experts that the issue has been researched by the Royal Veterinary College.

Due to the popularity of the French bulldog among celebrities, Great Britain has seen sales of the breed multiply exponentially. A report from the Kennel Club states that purchases of this specific breed over the past five years have climbed 554 percent. Campaign volunteers for animal welfare are warning those who are in the market for a puppy to see past the appearance of the animal and consider the health conditions it may endure. According to researchers, the shorter the muzzle of the dog, the higher the risk for Brachycephalic Obstructive Airway Syndrome (BOAS). In addition to health considerations, there also exists a £100 million ($1,505,250)-a-year puppy mill racket in the United Kingdom which adds to the life-threatening conditions endured by these over-bred animals.

BOAS is caused when the bones in the muzzle of the dog are shortened without the equivalent reduction of soft tissue. Therefore, due to the lack of room for the tissue, it becomes jammed up into the skull, blocking the airway. Narrow nostrils contribute to this issue, making it more arduous for these designer breeds to maintain a steady flow of oxygen to the brain. BOAS makes it difficult for pugs, as well as French and English bulldogs to play, exercise, and eat, therefore limiting the quality of life for the dog. This condition can also cause these dogs to collapse when they become overheated.

Research from the Royal Veterinary College was conducted by Drs. Anke Hendricks, Rowena Packer, Charlotte Burn, and Michael Tivers, and was published in PLOS ONE. The report was based on two studies, which involved 850 dogs from over 100 breeds, conducted by the research team. These studies proved that the shorter the muzzle, the greater the risk for BOAS. Over 90 percent of these breeds are affected by this life-threatening breathing condition. 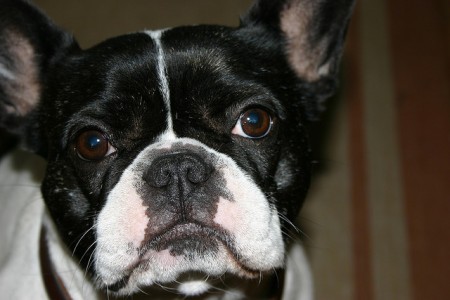 BOAS has thus far only been seen in dogs with a muzzle length that is less than half the length of the domed part of the skull. If the dog is also obese and/or has a thick neck, the risk is further increased.

After the report on this study was published, the organization Dogs Trust Today put together a list of practical steps to use when choosing a dog in the high-risk breed category. This guide includes choosing puppies whose parents have slimmer necks and longer muzzles and also says to make sure the dog maintains a healthy weight. This may help prevent the breathing issues endured by these breeds.

Paula Boyden, the veterinary director for Dogs Trust Today, says there needs to be an increase in the awareness of the health issues these designer dogs endure. She wants dog buyers and breeders to understand that the snuffling, grunting, and wheezing sounds are warning signs of a life-threatening breathing condition, and not endearing traits. Dogs Trust Today wants owners of short-muzzled breeds to take an active role in the health of their pet by looking for signs of BOAS. This breathing condition is not curable, but it can be improved to create a better quality of life for the dog.

Breeders of designer dogs have been importing them illegally from Eastern Europe. Underage puppies are being smuggled into the United Kingdom by breeders who are not necessarily concerned with maintaining the health and integrity of the dogs. Boyden urges buyers to be less concerned about the appearance of these puppies and to listen for the signs of BOAS.

Battersea’s head veterinary surgeon, Shaun Opperman, states that centuries of breeding pugs has created their squished face and overlong soft palate, which makes it hard for these designer dogs to breathe. Pugs have more health issues to endure than breathing problems, and they are susceptible to eye diseases, skin conditions, and joint disorders. Opperman performs a surgery to remove a wedge in the skull, which opens the passageways, allowing for more oxygen to the brain. It is a risky procedure, but without the surgery, the lives of these dogs would be in danger.

The English bulldog can also suffer from BOAS. The breed may also suffer from Brachycephalic Ocular Syndrome, Dystocia from foetal-pelvic disproportion, Hemivertebrae, and Pulmonic Stenosis. The shape of the face and head can also cause a variety of eye conditions which will bring chronic pain to the animal.

Due to Dystocia, English bulldogs suffer greatly when giving birth. Due to the body shapes of the mother and her litter, the puppies are considerably larger than the birth canal. Caesarean sections are the only way for a successful birth to save the life of both the puppies and the mother.

In Hemivertebrae, the desire for a dog with a curly tail has caused the breeding of dogs with tailbones that do not form correctly. Because the bones that create the spine of the English bulldog are not formed correctly, it does not align properly with the surrounding bones. The spinal column may not be stable and could become deformed over time. This can cause the nerves of the dog to be pinched or damaged, causing severe chronic pain, according to Universities Federation for Animal Welfare (UFAW). This condition can cause the hind legs to wobble, the loss of leg function, and ultimately, incontinence. French bulldogs are also bred to have a corkscrew tail and suffer from this condition as well.

Dogs that are overbred for physical features generally endure chronic, painful, and life-threatening health issues, some of which are listed above. The UFAW website lists the possible illnesses suffered by designer dogs and how the looks for which they are bred cause them to have chronic illnesses and could even be responsible for their untimely deaths.