Why Are More Middle-Aged Whites Dying? 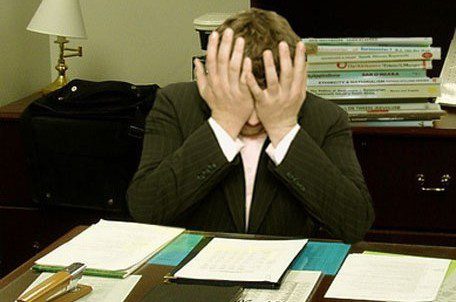 The concept of a midlife crisis has been around for a long time, but new statistics suggest that the problem is getting worse. In fact, while death rates in Western Europe, Canada and Australia are declining, a surprising study shows that more middle-aged whites in the U.S. are dying and have concerned scientists trying to determine why.

The mortality rate for white Americans between the ages of 45 to 54, particularly those who have not graduated from college has increased in the past 15 years. The fact that the death rates for this population have risen is counter to rates for other age groups, other ethnicities and in other countries. The rates for middle-aged whites had been declining in the past, so the turnaround is surprising. The causes of death the study found are also eye-opening.

While cancer, heart disease, diabetes and other health issues are traditional killers, along with accidents, they are not the reason middle-aged whites are dying at a higher rate than before. Looking into causality, the duo theorized that the tough economy in recent years could have spurred the shift. The dot-com bust, 9/11 and the recession all took a toll that showed up in an increased suicide rate, more abuse of alcohol, and a rising overdose rate for prescription painkillers and illegal drugs, most notably heroin. While it is well known that increased opioid addiction and use of heroin are problems, the overall impact those problems and others that show the distress the population has felt overall that impacted mental and physical health.

“Pretty quickly we started falling off our chairs because of what we found,” explained Angus Deaton, an economics professor at Princeton University and the recipient of the 2015 Nobel Prize in Economics, who conducted the research along with his wife, Anna Case, who is also a Princeton economist. Based on the findings, the pair calculated that almost 100,000 more Americans died during the last 15 years than would have if the rates had not increased since 1998.

The mortality rate in the U.S. has fallen approximately 2 percent per year overall since the 1970s. If the rates had continued to drop from 1999 to 2013, approximately half a million deaths would have been avoided. According to Deaton, only the HIV/AIDS epidemic had a similar impact on a population in the U.S. death rates in contemporary times.

What about other middle aged U.S. populations? The mortality rate in 2013 for African-Americans between 45 and 54 was higher than for whites: 581.9 per 100,000 versus 415.4. But the numbers for African-Americans declined over the period; it did not rise. Hispanic Americans had similar declines in death rates and seen in Canada and Britain. Their mortality rate was down to 269.6 per 100,000 in 2013.

The recession and economic impact has probably harder on whites raised on the American Dream and the idea of doing better economically than prior generations. “Those are the people who have really been hammered by the long-term economic malaise,” Deaton commented, noting that their wages have gone down in real terms. “So they get into middle age having their expectations just not met at all.” For minority households, that dream was not instilled as an expectation, so the impact was possibly not as great for them.

“This is a deeply concerning trend,” says Dr. Thomas Frieden, director of the U.S. Centers of Disease Control and Prevention (CDC). “We shouldn’t see death rates going up in any group in society.”

The Princeton pair’s research employed data from the CDC along with information from similar sources in other countries. Their findings that more middle-aged whites are dying than before and theories why are in the latest issue of the Proceedings of the National Academy of Sciences.

Sources:
Proceedings of the National Academy of Sciences: Rising morbidity and mortality in midlife among white non-Hispanic Americans in the 21st century
Washington Post: A group of middle-aged whites in the U.S. is dying at a startling rate
New York Times: Death Rates Rising for Middle-Aged White Americans, Study Finds
NPR: In Reversal, Death Rates Rise For Middle-Aged Whites

One Response to "Why Are More Middle-Aged Whites Dying?"