A Florida Judge Is Fired After Courtroom Fight With Attorney [Video] 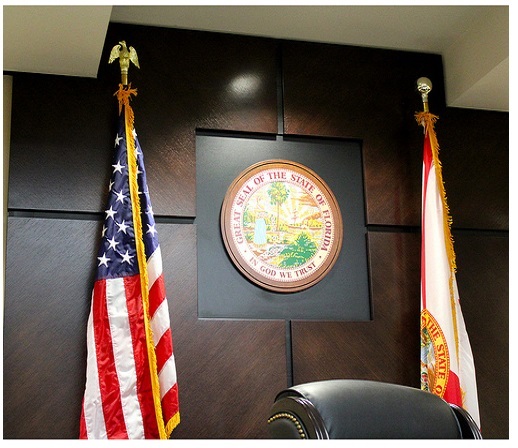 Judge John C. Murphy has been fired after he initiated a courtroom fistfight with a public defense attorney in June 2014. The judge became irate when attorney Andrew Weinstock refused to waive his client’s right to a speedy trial. In the heat of anger, Murphy beckoned for Weinstock to go outside so he could beat his a**. The men left the courtroom and entered the hallway where Murphy reportedly punched the attorney in the face. Courtroom bailiffs quickly stepped in to break up the fight.

After reviewing the incident, the Florida Supreme Court called Murphy’s actions “a grievous misconduct.” He was fired after the fight became a “national spectacle and an embarrassment to Florida’s judicial system.” The Court said his conduct necessitated his removal because it is fundamentally inconsistent with the responsibilities of the judicial office.

Weinstock said as soon as he entered the hallway with Murphy he was grabbed by his collar and struck. Blaise Trettis, another public defender who witnessed the brawl, stated:

There was no discussion, no talk, not even time for anything. Just as soon as they’re in the hallway, the attorney was grabbed.

The former Brevard County judge said due to years served in the military his actions were a result of Post-Traumatic Stress Disorder (PTSD). Although PTSD may have played a major role in what Murphy was experiencing, a doctor concluded that his actions were the result of a “perfect storm” of fatigue and emotional distress from the death of his father. The combination of these led to the judge being fired after the courtroom fight with the attorney.

Grief affects people differently as each person works to heal after a significant loss. It occurs in waves with social, physical, cognitive and emotional responses varying in terms of order, duration and intensity. Grieving is a difficult process to work through and takes a huge toll on a person’s body. 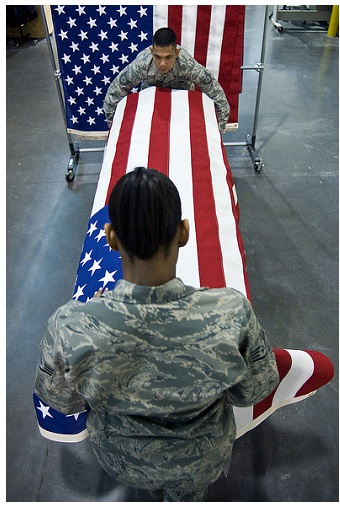 When responding to a loss, the part of the brain where responses are integrated increases the production of CRH, a hormone that produces anxiety-like symptoms. Emergency-mobilizing chemicals are released. As stress increases, the chemical levels increase; and the central nervous system becomes highly stimulated. As a result, breathing may become defective and biological rhythms of eating and sleeping are often disturbed. It then becomes a domino effect where respiration, circulation, metabolism and digestion change and the ability to concentrate and pay attention decreases.

When factoring in PTSD, this becomes the perfect recipe for this type of storm. Post-traumatic stress disorder can make it very hard for its victim to deal with life, work, family, and friends. It is a very common illness among military personnel after dealing with disturbing events such as war or drastic issues. Many civilians also suffer from PTSD after surviving a natural disaster or violent crime.

While it is normal for these types of events to temporarily upset one’s emotional stability, if the feelings are persistent or worsen, this may be a sign that PTSD is involved. Murphy confirmed his association with PTSD, however, when this is magnified by grief it is understandable how an explosion could have occurred. When speaking of the incident, Trettis said:

I hope it is not a reflection on Judge Murphy’s really outstanding legal career. I think it is really uncharacteristic and an isolated incident.

In the accompanying video, Murphy and Weinstock can be heard exchanging words as tensions increase. Murphy then threatens the attorney and calls him out. Immediately after, the men disappear off camera and loud banging is heard. Murphy reportedly grabbed the attorney and began throwing blows. Moments later the judge was seen reentering the courtroom to a loud round of applause. Weinstock did not return. The former Florida judge, John C. Murphy, was fired after the courtroom fight with attorney Andrew Weinstock.