Adele Is a Mender of Broken Hearts [Video] 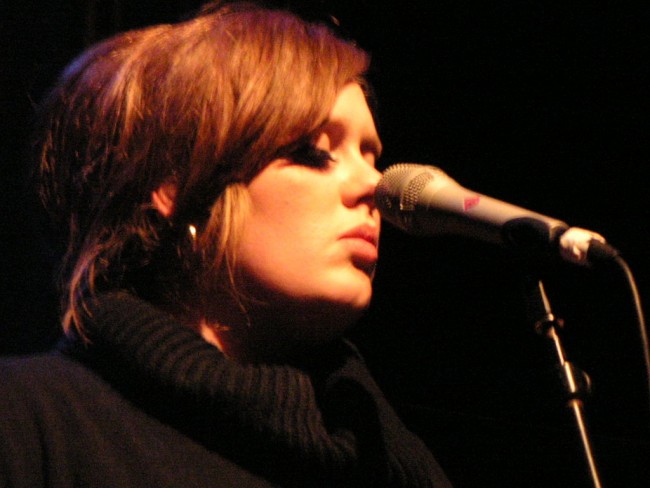 During an exclusive interview with fashion magazine i-D in November of 2015, British songstress Adele was described as a mender of broken hearts, which is ironic because she once wanted to become a heart surgeon. After concentrating on biology lessons at Balham’s Chestnut Grove School, she discovered fun and boys and gave up on the notion of becoming a heart surgeon.

After her grandfather died, the chart-topper felt the pain in her grandmother’s heart and wanted to heal it. According to Adele in i-D, they had the perfect relationship. Several years later, after recording her album 19, she visited her mom and played the unmixed version of Someone Like You. Adele said her mother was teary-eyed by the end of the song. “You are a surgeon,” her mom said. “You’re fixing people’s hearts.”

According to i-D, Adele is a bit of an anomaly. By refusing to play the fame game, she actually won it. She is probably Britain’s most prominent singer. Adele claims her music is about getting older and becoming nostalgic. Before she begins each album, she purchases a new notebook, making sure the smell is just right, because she feels that the right scent is essential. Using a fat Sharpie, she writes her current age on the front cover.

The artist told the fashion magazine that the songs in her newest release, 25, were themed after Gwyneth Paltrow’s comedy/drama, Sliding Doors. They speak of precious things people suddenly miss and address the questions relating to what was, what is, and what might have been. She said, “I think the album is about trying to clear out the past. I simply don’t have the capacity to worry about as many things that I used to really enjoy worrying about.” She loved the drama of it all, she told i-D, but when she became a mom, the need for drama was replaced by something far more precious; her son and his needs. Now, it is time to rid herself of the past, so that she can concentrate on other aspects of her life. Besides being a mender of broken hearts, Adele may offer a bit of emotional therapy as well. Many of her fans are brought to tears as they listen to the songs in her latest album.

The Boston Globe describes the first song of the new album, Hello, as a bit of windswept, sky-scraping, rainy-day grandeur. The remaining songs tend to linger in that contemplative mood throughout the album. As for the song Remedy, it seems to be a spiritual kin to the Pretenders’ I’ll Stand By You. Perhaps she is reassuring her young son that she will be his shelter in the storm of life. Either way, Adele has a knack for wringing raw emotion from the hearts of her fans.

Her new album, 25, is the best-selling recording of 2015, claims Forbes. In just three days, over a million copies were sold. She is not in the running for a Grammy Award this year, but her chances look promising for 2017. Her previous album, 21, remained on the bestsellers list for two consecutive years and received multiple awards. Fans continue to shed tears as Adele consistently proves she is, indeed, a mender of broken hearts. The following video is of her hit single, Hello.