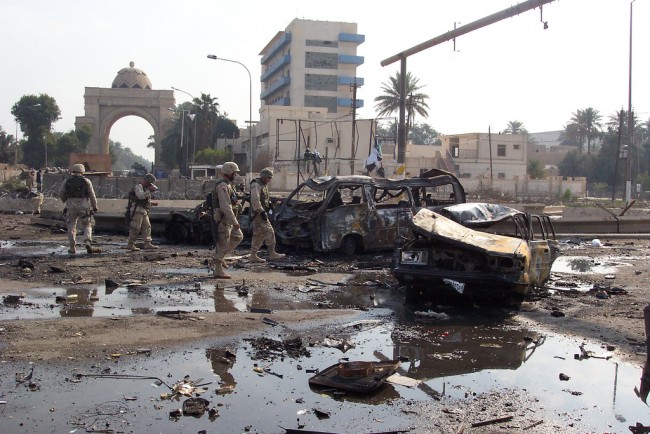 At least 16 people were killed and dozens seriously injured when a car bomb exploded on Dec, 12, 2015, near a hospital in the central Syrian city of Homs. According to state media, an army colonel, a policewoman, and a woman were among those killed in the government-held Zahra neighbourhood. No one has claimed responsibility for the explosion.

Conflicting reports have been issued after the deadly blast. State news agency SANA said the car bomb seriously wounded 100 people, mainly women and children. On the other hand, the United Kingdom funded Syrian Observatory for Human Rights reported that dozens were wounded.

Talal Barazzi, Homs governor, confirmed the incident. Speaking through an interpreter, Barazzi told reporters that most of those killed were women and children. He added that 15 of those injured were treated at the local hospital and released. The Homs governor also disclosed that the car used in the attack was carrying 150 kilograms of  explosives and a gas cylinder which blew up in the nearby shop.

The deadly car bomb is believed to be a set back to the locally negotiated truce between the government and the rebels in Homs. It also adds up to the escalating death toll of more than 250,000 who have been killed in the Syrian civil war. More than a million have been injured and thousands displaced as refugees.