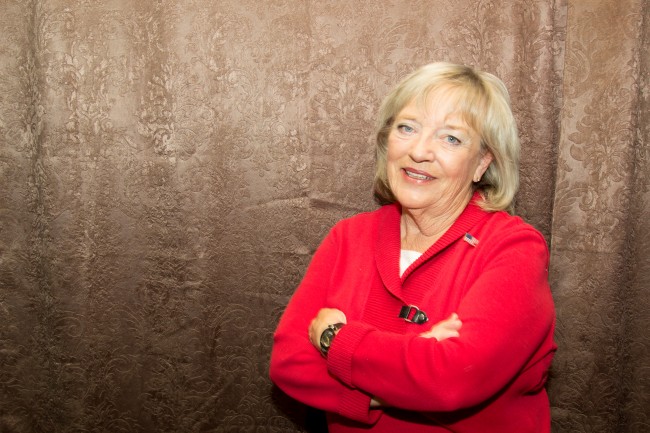 Connie Foust has been named one of 25 of Nevada’s Most Fascinating Conservatives to Watch in 2016. Known best for her devotion to border control and illegal immigration issues, she is now focused on claiming Assemblyperson Chris Edwards’ Clark County seat.

Also known as “The Border Grannie,” Foust is rooted in her beliefs and her desire to speak out for those who cannot do so themselves. She will not back down from a fight.

Foust was invited to speak about border control issues at the Nevada National Security Action Summit, which was hosted by The Center for Security Policy. She stood alongside Ambassador John Bolton and Frank Gaffney.

The border watchdog was also president of the Virgin Valley Tea Party. In 2014, while serving in that role, the group earned the honor of being bestowed the Conservative Organization of the Year Award for Citizen Outreach.

Foust, who owned her own business during difficult economic times, has experience signing the front of a check. She is a leader who listens.