By Shepherd Mutsvara on December 3, 20152 Comments 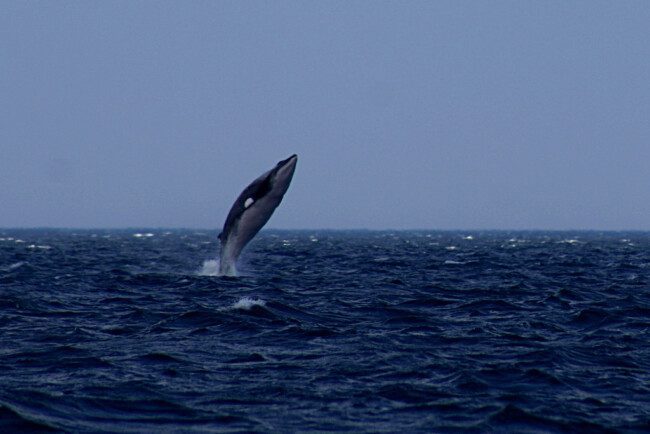 According to media reports, Japan announced on Nov. 28, 2015, that it will resume its whaling program in the Antarctic despite an International Court of Justice (ICJ) order against the activity. In letters to the International Whaling Commission (IWC), the Japanese government confirmed its plan to kill minke whales for “scientific research” beginning March 2016. This has drawn sharp criticism from a number of global environmental groups, the U.K. and the Australian governments, which initially dragged the Japanese government before the ICJ in 2014.

The Japan’s fisheries agency insist that their whaling program in the Antarctic is reasonable and does not defy the court order. The agency has since informed the IWC that it will drastically reduce its minke whale catch to “reasonable levels” and conform to the terms of the ICJ’s decision. The country has also crafted a new whaling program called New Scientific Whale Research Program in the Antarctic Ocean (NEWREP-A). This program will, according to the agency, take “serious scientific considerations” of whale killing within the scope of the environmental law. Japan has also questioned the ICJ’s jurisdictional reach citing that it does not pry into disputes concerning or emanating from the “management or exploitation of living resources of the sea.”

Joji Morishita, Japan’s IWC commissioner, said in a letter to the International Whaling Commission, his country will start the NEWREP-A  “this austral summer.” He added that the whaling program has “sincerely taken into account” the stipulations set by the scientific committee and will not sidetrack from the set quota by the IWC. However, the NEWREP-A has widely been viewed as a “veiled” attempt by the Asian country to sneak back to the Antarctic Ocean and defy the court order in pursuit of its whaling program.

The Australian and U.K. governments have raised their voices against the “revised plan” saying it should be roundly condemned. “We do not accept in any way, shape or form the concept of killing whales for so-called ‘scientific research purposes’,” remarked Greg Hunt, the Australian environment minister. The U.K. environment ministry also released a press statement and said Japan’s recent decision to resume whaling activities “defies the global ban on commercial whaling.” The two governments also acknowledged that Tokyo’s whaling program in Antarctic Ocean is against both scientific opinions and the international court order.

Australian Prime Minister Malcolm Turnbull was quoted in Sydney Morning Herald, saying, “Japan should cease its whaling operations in any time, any season, in any year.” The Australian Marine Conservation Society also said that the killing of whales was defying a standing international court order and “should be stopped” before a “dangerous precedent” is set. The World Animal Protection group also took to social media and described the whaling program in the Antarctic Ocean as “appalling” and “cruel.”

According to the ICJ, Japan has killed more than 3,500 minke whales, since 2005, and is expected to catch about 4,000 more in the next decade. The court also gave an adverse opinion on the intended “scientific objectives” provided by the fisheries agency in Tokyo saying they were veiled in secrecy and uncertainty. Japan, however, has insisted that its whaling program in the Antarctic Ocean is aimed at the sustainability of minke whales. It is reported that the Asian country may unilaterally take its whaling fleet just after Christmas and head towards the Southern Ocean to resume its “controversial” whaling program.