Rapper T.I. and his wife Tiny are expecting baby number seven. Clifford Joseph Harris, Jr., who is better known by his stage names T.I. and Tip, and Tameka shared the news on Christmas with their social media followers. The 35-year-old rapper has three children from a previous relationship, two with his wife and a stepdaughter from Tiny’s previous relationship. The new baby will make child number seven and complete the Harris clan.

It was not long ago that the media was swarming with divorce rumors for the couple. After five years of marriage, the couple seems to be going full speed ahead and enjoying the ride. The celebrity couple has given fans a window into their family life through their reality show called T.I. & Tiny: The Family Hustle. The family has won the hearts of many through their television series and have even been called the hip-hop Huxtables. Just yesterday, Tiny posted a video sharing the baby news on Instagram. The 40-year-old mother said:

Merry Christmas everybody! Thank you to my family for my wonderful gifts… But most of all thank you for our new heir to the throne. This is the best Christmas gift you could’ve gave me ever. 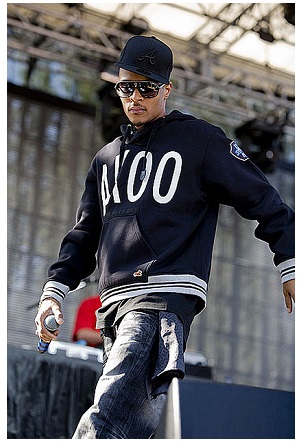 The couple has spent the last year and a half focused on mending the previous year’s tumultuous roller coaster ride. Rumors paired Tiny with champion fighter Floyd Mayweather during a rough patch the couple endured. This alleged relationship was also credited for an altercation which occurred between rapper T.I. and Mayweather at a Fatburger restaurant located on the Las Vegas strip.

Both musicians released music soon after reuniting which appeared to have spoken to the troubles the couple experienced which led to their temporary breakup. Tiny, who claimed her initial intention was to deal with their issues privately, released a “telling” video titled What The F**k You Gon’ Do? The singer said she had actually penned the song a year before it was released, but never intended to make it public. The former Xscape group member said the lyrics really expressed what she had been dealing with and explained her decision to release the song by stating:

My new song is a statement. I was really going through a lot of stuff that the public did not and still does not know. It was therapy for me.

Around the same time, her husband released a song titled, Stay which indirectly addressed the couple’s relationship while it was still on shaky ground. The song, featuring singer Victoria Monét, contained the following lyrics:

Man after everything we will never be the same. Man I’m tired of telling lies, know you sick of playing games. I remember you got a tattoo with my name on it

…And you cannot say that I ain’t change your whole life since we met that day. When we get it right, God bless that day, until then, Shorty, I just pray.

All of the aforementioned drama seems to be history as the couple prepares to embrace a new addition to the family. Marking their third child together, T.I. and Tiny are ready to tackle the future as a team. In 2007, Tiny tragically lost the couple’s third child. She was six months pregnant at the time their baby girl, Leyah Amore Harris, was delivered stillborn. The loss of their daughter was difficult for the entire family, but they did not give up.

The couple has not stated whether they are expecting a little girl or another baby boy, but they have both expressed  joy for the new addition. Fans were delighted when the couple reunited and appear equally excited after learning T.I. and Tiny are expecting baby number seven. Congratulations to the Harris family!