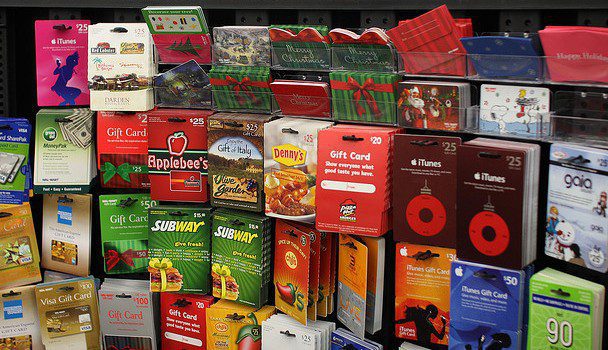 Gift cards are a great invention, if they can be used. But, studies show that some $44 billion in card balances have not been redeemed since 2008. Yes, some cards get lost. Other unspent amounts are the forgotten remainders leftover after purchases. Then there are the cards for stores or dining establishments that the recipient just cannot use, such as one for a store not convenient to visit, or a retailer that just is not for their demographic (like a Chicos card for someone more likely to shop at The Gap). There is a better option than leaving the balances on gift cards unspent, selling them for cash of other cards makes a lot more sense and is easier than ever before.

For years, people have sold cards they received as presents on eBay or via other means, but some companies make it even easier to trade in unused cards. Retail giant Target and Coinstar (best known for those green machines for exchanging loose change) are two of the most well-known companies offering exchange programs for gift cards from several major chains.

Since one can buy consumer gift cards at countless locations for other chains, it makes sense that they can be redeemed at other locations too. Target might not sell Walmart gift cards, but they would love for shoppers to trade them for Target ones.

Of the various programs, Target’s is certainly convenient. It is available at more than 1,500 of their stores and they will buy back the cards from more than 600 establishments. The catch with their program is that recipients do not receive cash back, instead they get Target gift cards. But, since the exchange is done in the stores, the new card will presumably not be unused for long.

Target partnered with Cardpool, a gift card exchange Website, and Nextworth, a trade-in company, for their program. Cardpool establishes trade-in rates for different gift cards, based on demand. That is because they later resell the cards. So a card from a large national retailer, grocery store or in-demand restaurant chain like Starbucks would probably have a higher return rate than a regional chain like El Pollo Loco would get. So, using the Walmart card, for example, a $100 gift card could be parlayed into a Target card with about $85 on it. Yes, it is less than face value, but far better than leaving the card unspent and possibly getting lost.

Coinstar’s program is more limited in scope, but the cards turned into cash. Rates here also vary but can be up to 85 percent of the gift card’s value. The machines print out vouchers, which the store housing the kiosk will exchange for cash. Coinstar only accepts gift cards from 150 national chains including movie theatres, top restaurants, large department stores and some smaller specialty retailers.

Furthermore, the Coinstar gift card exchange is via their yellow kiosks, not the more readily available green coin ones in many grocery stores and drug stores. Their Website allows users to find the nearest yellow machines in their area and which gift cards they presently accept (it is subject to change). Using a Sherman Oaks section of Los Angeles ZIP code as an example came up with 10 coin machines in the nearby area, but one had to travel to other parts of the San Fernando Valley to find a yellow machine. Even so, if nearby, they are a great resource.

There are only companies out there on the interest that have programs for exchanging gift cards. Take advantage of one of these resale options for selling any unwanted or leftover gift card balances, having cash or a Target card instead is far better than leaving them unspent.

One Response to "Selling Gift Cards Better Than Leaving Them Unspent"