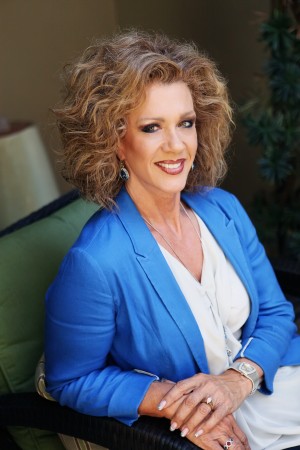 Diana Orrock, who currently serves Nevada as the state’s Republican national committeewoman, is running for District 9 assemblywoman in 2016. She says she is focused on being a principled and trusted member of her state house. Orrock also believes “there’s nothing wrong with telling the truth.” These are the values she will use to serve the needs of the constituents in the district. Furthermore, the candidate believes that as a long-time resident of Las Vegas, she understands the issues close to Nevadan’s hearts. The issues Orrock will address as an assemblywoman are taxes, education, health care, and defending the Second Amendment to the United States Constitution.

During an interview with a Guardian Liberty Voice reporter, Orrock explained why she is seeking office as the District 9 assemblywoman.  She said, “I am running because I am tired of politicians who campaign one way, who say they are conservatives and they are going to represent their constituents,” but when they get into office, they do the opposite. “This behavior is not acceptable at any level, whether it be national, state, or local.”

The candidate also emphatically said, “There is a huge disconnect in how most Republicans campaign and then, once elected, most abandon the cornerstones of the Republican platform of lower taxes and reducing the size of government.”

“As a paleoconservative, my political philosophy is that of smaller, limited government and civil society and a Western religious and national identity. I support military intervention only to the extent that it is in response to a direct threat to national security, as described in the Constitution. I also do not support illegal immigration or the welfare state.”

The candidate explained that her opponent claims to be a conservative, but against the wishes of 77 percent of the voters in District 9, he voted for the largest tax increase in the state’s history. “I can assure you that had my opponent campaigned on wanting to raise taxes, he never would have been elected. The voters and small business owners in Nevada are very upset and feel betrayed by the Republicans who voted for the $1.5 billion Commerce Tax.” This tax became effective on July 1, 2015.

“To help small businesses flourish in Nevada, taxes need to be lower in order to attract other businesses. You are not going to draw businesses to the state with the new tax structure. Currently, small businesses hire and employ 40 percent of the people in the state.”

According to the Small Business Administration, Nevada’s small businesses created over 15,000 jobs in 2012. There are no statistics for subsequent years, however with the new taxes and increased business license fees, there is speculation this number will not increase. In 2015, the licensing fee for corporations was $200;  The new cost in 2016 is $500.

According to Orrock, she will stand by her word as a principled Republican who can be trusted. She seeks to serve the constituents as the assemblywoman for District 9 with integrity and to do so as a true fiscal conservative.

All Images Courtesy of Diana Orrock – Published With Permission