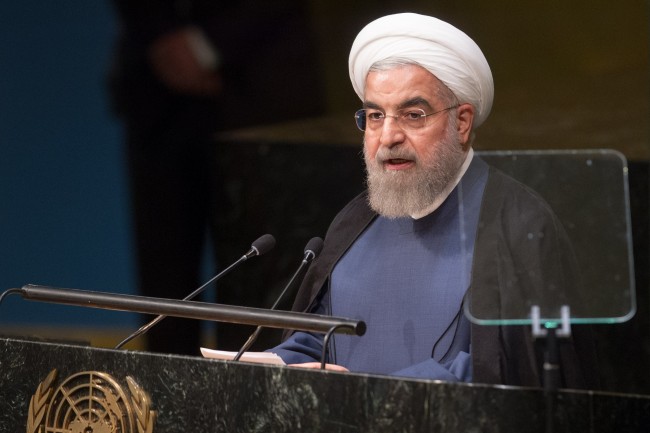 On Jan. 26, 2016, Pope Francis welcomed the Iranian President Hassan Rouhani to the Vatican as Tehran seeks to re-engage the world after years of international isolation. The Vatican said the historic visit by Rouhani was an important gesture of goodwill that will help in bringing peace to the volatile Gulf region. However, observers strongly believe that the visit to the Vatican was not only for seeking blessings from Pope Francis but also one aimed at strengthening economic ties with the West.

The visit follows the lifting of economic sanctions on Tehran after it was certified to have met the conditions set in the nuclear agreement signed by Tehran and five major powers. The Iranian president is reported to have met with the Pope “privately for 40 minutes.” According to media reports, Rouhani asked for blessings from  Pope Francis. “I ask you to pray for me,” he was quoted as saying. Pope Francis welcomed the gesture from the Iranian leader and said it “was a real pleasure” to interact with the leader of the Muslim nation and praised the “common spiritual” relationship between Iran and the Vatican.

Iran has had a strained relationship with the Vatican. The last time an Iranian leader embraced the Pope, in recent history, was in 1999 when President Mohammad Khatami met with Pope John Paul II in Rome. Ever since then, relationships with the Vatican and Tehran have been strained, especially after the conservative Mahmoud Ahmadinejad took office in 2005. Rouhani’s visit is thus expected to warm up the cold bilateral ties with both the Vatican and European countries.

The Local.it reports that the visit to Rome by Rouhani helped in respecting cultural differences between the two countries. It is reported that nude statues and sculptures at the Capitoline Museums were “completely covered by large white boxes” as a way to respect Islamic tradition. During the official dinner, the wine was not served for all delegates so as to accommodate the Iranian delegation.

The pontiff also took this opportunity to engage the Iranian president on the importance of fighting terrorism in the volatile Middle East region. In a statement, the Vatican acknowledged that Iran has a pivotal role to play in “combatting terrorism” by fighting “arms trafficking.” The Holy Father prayed for peace in the Gulf region before handing the Iranian president a “medal depicting St. Martin” assisting a poor man. Rouhani reciprocated this gesture of brotherhood by giving the pontiff a hand-made rug made in the Holy City of Qhom.

Rouhani is on a European tour, which many people believe is aimed at embracing the West after thawed relationships. The Iranian leader and his business entourage have taken the opportunity to tell the world that Iran is the “safest” and “most stable” country in the volatile Middle East region. Italy’s Foreign Minister Paolo Gentiloni also told reporters, that Iran is a “potential peacemaker” in Syria and the Gulf region and is confident that Rouhani’s leadership will help in settling disputes in the Middle East, “starting with the Syrian crisis.” The video below is a summary of Rouhani’s visit to the Vatican City.