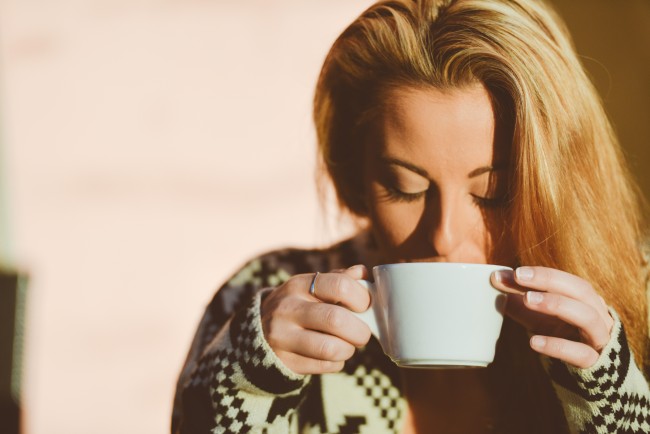 Coffee is the main source of caffeine intake for American adults. Tea, soft drinks and chocolate may not have as much, but they still deliver some of the stimulant too. For years, people assumed that, besides delivering a jolt to the central nervous system that increases wakefulness, focus and thought processing, caffeine delivers a jolt to the heart that may cause issues. However, there is good news for those who need a daily dose of caffeine to charge their mental batteries in a new health study that shows the caffeine does not create irregularities in heartbeats.

In the past, people with irregular heartbeats or other heart issues were often advised to give up caffeine based on the belief that the stimulant makes the heart beat faster. Previous research found a linage between consumption of caffeine and cardiac arrhythmia, which can increase the risk of a stroke or heart failure. However, that old advice to stay away from caffeine may change based on a new study that challenges that way of thinking that was conducted at the University of California San Francisco (UCSF) and published in the Journal of the American Heart Association.

“This was the first community-based sample to look at the impact of caffeine on extra heartbeats,” noted the study’s lead author Shalini Dixit, a fourth-year medical student at the California university. She pointed out that previous studies were limited in that they merely looked at people with known heart rhythm disorders as opposed.

For the new study, the research team recruited 1,388 healthy men and women to record their consumption of coffee, tea and chocolate over 12-month period. The participants each wore a portable Holter monitor to record their heart rhythms round the clock on electrocardiograms.

More than 60 percent of the study participants drank or eat at least one item with caffeine in it every day. Yet the heart monitors did not detect extra heartbeats or an accelerated heart rate in the people who consumed higher amounts of caffeinated items versus those who did not have any. This led researchers to conclude that caffeine intake has little effect on heartbeat.

“Clinical recommendations advising against the regular consumption of caffeinated products to prevent disturbances of the heart’s cardiac rhythm should be reconsidered,” commented one of the study’s authors Dr. Gregory Marcus, who is the director of clinical research in the UCSF cardiology division. “We may unnecessarily be discouraging consumption of items like chocolate, coffee and tea that might actually have cardiovascular benefits,” he pointed out.

Caffeine is a natural substance found in many plant species, including cocoa beans, kola nuts, coffee beans and many types of tea leaves. It is also added to various drinks, diet-aids, and medications. Besides the benefits the substance provides like staying awake on the road or at work, other studies have shown health benefits in lowering a person’s risk of type 2 diabetes, depression and other issues.

While the UCSF research offers good news about caffeine and possible affects on heart health, more research is needed to examine the affects on not healthy people. However, the study does offer regular coffee drinkers who are heart healthy confidence that the jolt they are getting from the beverage is not a jolt to the heart.