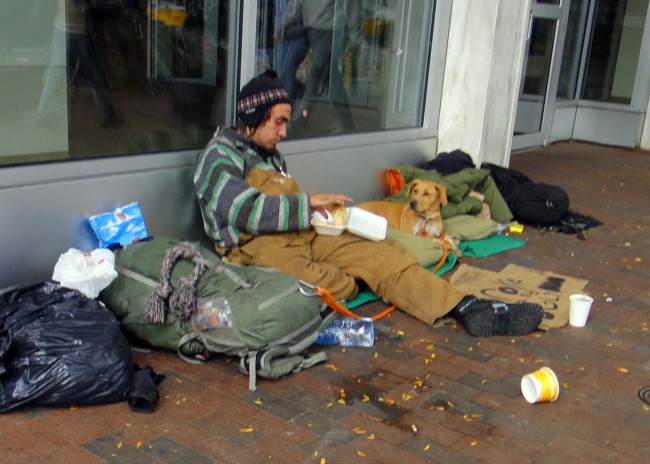 A good friend of mine called me up a few days ago to tell me that she was going to start a shelter in Hawaii because there was an incredibly high rate of homelessness in the state. Well, having lived in Hawaii, I remarked, “Homelessness in Hawaii isn’t a problem, it’s the solution.” Without a frame of reference, you likely believe that I am just a cold-hearted person, but the fact is Hawaii has served as a “solution” to the homeless issue for many cities for decades now.

The simple fact is homeless people are bad for business. Having a large population of homeless people in a city brings down property values, lowers tourism, deters new businesses from entering an area, and makes people feel uncomfortable. The real issue is that nobody wants to tackle the problem head-on and the Federal Government leaves it to the individual states to figure out. Then, the states pass the issue down to the counties, with the counties passing it along to the cities. In most cases, the cities have decided to just get rid of them by buying them a ticket to anywhere they desire. Because of this, the homeless tend to get shipped around the country like cattle until they wind up in a place, such as New York City or Los Angeles, where they can score a ticket to the wonderful island of Oahu, which is the home of the tourist-loved Waikiki Beach.

It is pretty easy to see why a homeless person would allow this to happen. If you were homeless, would not you rather spend your winters in a tropical paradise rather than brave the cruel, harsh winters of New York City? The fact is they are homeless and hungry either way, but, at least, this way, they are not freezing to death. Moreover, the abandoned newspaper stands on the streets of Honolulu provide them some level of comfort beyond a cardboard box or dumpster that they could find in any other city, so in a manner of speaking, they are better off, right? Sadly, this has been the justification for the cruel policies that have led to an epidemic of homelessness in Hawaii.

Homeless or not, these people should not be viewed as problems and should be treated with a basic level of dignity, no matter what their station in life. Yet, these people are not being granted such dignity. In fact, they are largely being ignored by the populace at large. The fact is nobody speaks for the homeless in this country. In 2005, knitters united and stood up against the Transportation Security Administration (TSA) to ensure that they could bring knitting needles on airplane flights, but when it comes down to providing help to the homeless, no such stand has ever taken place. As a result, these disregarded members of society are simply dumped wherever a jurisdiction decides to send them. It is time these practices came to an end.

In 1968, Reverend Martin Luther King, Jr. came up with a solution that has still not been enacted to end the strife of the poor man in this nation. This action was The Poor People’s March on Washington D.C. Unfortunately for millions, this campaign came to a grinding halt upon Dr. King’s assassination. Well, this reporter thinks it is time to revitalize the campaign and pick up where Dr. King left off. The only way to get the Federal Government to combat these issues is to bring the issues to their doorstep. Rally up all the disenfranchised people of this nation–the poor, homeless, and hungry, pack them up in cars, trains, planes, and buses headed to Washington D.C. to sit on the lawn of the White House and Capital Building, where they can no longer be ignored. We need to stand with these people if we want to affect real change in this nation and end the “anywhere but here” rhetoric that has been used for too long to simply shift the problem around instead of deal with it.

Opinion and Blog by Carl Millender
Edited by Leigh Haugh

2 Responses to "Homeless in America"