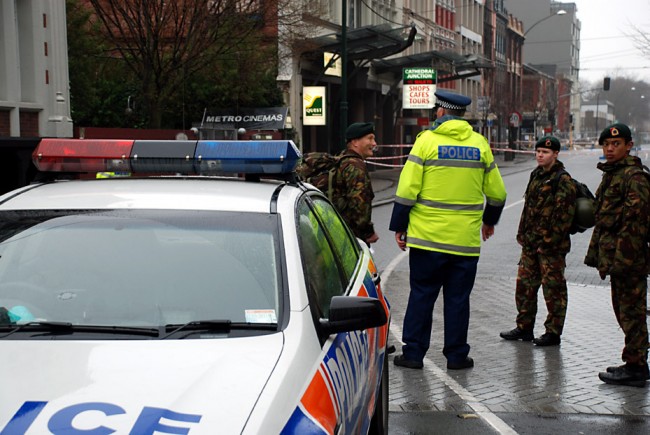 Canterbury Police in Christchurch, New Zealand, discovered a man suffering from multiple stab wounds on Jan. 16, 2016, at 6:15 a.m. New Zealand Daylight Time (NZDT). He was found in a gutter on Gloucester Street.

According to New Zealand Herald, the police are investigating the stabbing. Acting Senior Sergeant Jim Currie indicated there was a knife found near his body. The victim is believed to be in his 20s. “He was lying in the gutter in a pool of blood with what appeared to be a stab wound to his chest.”

A spokesperson for Christchurch Canterbury District Health Board indicated the man is in critical condition. The victim’s name has not yet been released.

There are seven officers currently working the scene. Currie did not offer any information about possible suspects or persons of interest, nor did he mention if there were any witnesses.

New Zealand Herald reports someone near the crime scene spotted a tent-like structure at the entrance of apartments on the corner of Linwood Ave. and Gloucester St.

If anyone has information regarding this case, the police have asked that Detective Sergeant Chris Power be contacted at 03 363 4888 or Crime Stoppers at 0800 500 111.

Guardian Liberty Voice will continue to update the information as it becomes available.