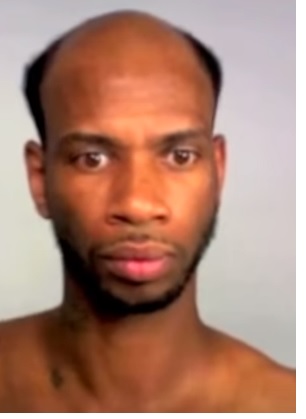 Gone are the days where hair weaves were secretive or dominated by those with celebrity status. As the trend grows, weaves have become commonplace with installations becoming more and more sophisticated. It is difficult to determine if a woman’s hair is truly her own or the result of a masterful hair stylist, but the “unbeweavable” truth is, men have adopted the trend and are doing it too.

Yes, the “man weave” is official. Men have adopted the hair craze trend. Many of them do it because of hair loss while others opt in due to the desire to have a new look. Although it may not be much of a difference from women wearing weaves, the opinions surrounding the man weave idea are split. Whether it be to cover up bald spots, for aesthetics or a protective style, the unbeweavable trend has now become genderless.  One woman said:

Men have worn toupees for years.  A “man weave” isn’t any different. It looks stylish too. If men can accept women who wear weave, why can’t women accept men who do?

The process of hair weaving involves adding human or synthetic hair to an individual’s scalp. The technology behind weave installations has increased to include lace extensions, fusion, tracking, bonding, netting and more. Weaves are usually preferred by those suffering from traction alopecia, alopecia areata totalis or common baldness. While women have dominated the industry for decades, the unbeweavable trend has risen in the male population with young and old men doing it too.

Many have concerns over the increasing number of hair loss cases in the younger population these days. Health specialists blame a great deal of it on lifestyle imbalances and stress. While genetics play a great role in hair loss, pollution and stress are identified as triggers when the process begins prematurely. Coping with hair loss can be daunting, and the results have people searching for instant solutions while disregarding the consequences that often accompany hair weaves. 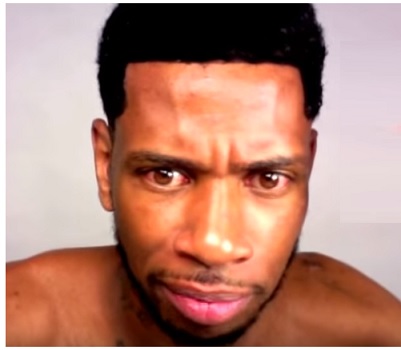 Hair weaving has long been considered an immediate solution to hair loss or simply wanting a new look among women. Now, the man weave has also become increasingly popular. It has gained a huge following among men who are suffering from both permanent and temporary hair loss. There are several reasons underlining the growing trend such as services are available from non-medical professionals and come with a much cheaper price point than hair transplants. Also, unlike hair transplant surgeries, weaves allow for an instant makeover as opposed to months of waiting for the process to be completed.

A hair master from Atlanta named Aaron White, more commonly referred to as Hair Majesty, specializes in man tracks. These are hair tracks for men. His hair installation process affords men the opportunity of fuller hair in an instant. In an interview with Essence” the hair stylist said:

I define man tracks as the next revolution when it comes to male grooming. Man Tracks finally meets the need of so many diverse men. For decades men have worried about thinning, receding, or balding hairlines. And when it comes to men’s hair, no one has yet to master an affordable solution, that is, until now with my man track technique. There are many things in the market that I feel give false hope. I want man tracks to not just be a hairstyle, but a solution.

Initially, according to White, most females had a negative view of the unbeweavable hair service. Primarily, because the image associated with the technique usually revolves around a flamboyant man with long or pumped up hair in fluorescent colors. However, the same women who were hesitant to appreciate the concept eventually complimented the style.  Reportedly, it looks so natural that most women assume the recipients simply have a great haircut.

In what was once reserved for women or men of elite status, more and more “regular” guys are rocking man weaves these days. It is a common practice for men to wonder, often afraid to openly question, whether or not a woman’s hair is really hers, now the tables have turned. Due to the increasingly popular man weave, although unbeweavable, men have adopted the trend and are doing it too.

Straight From the A: Is ‘Man Weave’ The New Thing Now???
Essence: Unbeweaveable: Would You Let Your Man Wear Man Tracks?
Hair Fear: Hair Weaving Not a Healthy Solution to Hair Loss
Black Hair Information: Stylists And Barbers Are Installing Man Weaves For Men