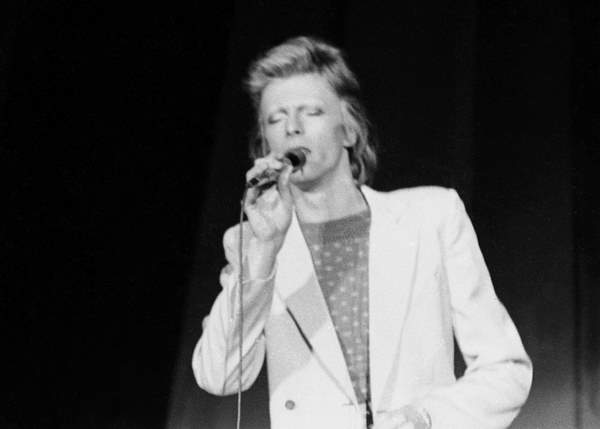 Recording artist David Bowie died of cancer Sunday, two days after his 69th birthday and the release of his 25th album, Blackstar. From his early glam rock days through arthouse films to his new jazz album, the Brit was an innovative artist throughout his more than 40-year career.

The artist’s Facebook page confirmed the news. “David Bowie died peacefully today surrounded by his family after a courageous 18 month battle with cancer. While many of you will share in this loss, we ask that you respect the family’s privacy during their time of grief,” read a statement posted on the artist’s official social media accounts.

He was born David Jones on Jan. 8, 1947, in London. He rechristened himself as David Bowie in 1966 when Davy Jones of The Monkees became a big star.

Bowie was at the forefront of many musical evolutions in the last few decades, starting with his first big U.S. hit Space Oddity. Long before today’s more open Lesbian, Gay, Bisexual, Transgender, and Queer (LGBTQ) movement, the singer-songwriter’s androgynous appearance helped forge his early success. Bowie created a flamboyant alter ego – Ziggy Stardust – and album (1972’s The Rise and Fall of Ziggy Stardust and the Spiders From Mars) that propelled him into super-stardom and included his Suffragette City single. The album was follow with Aladdin Sane in 1973 and Diamond Dogs in 1974, which spawned the hits The Jean Genie and Rebel Rebel among others.

Curiously, during the androgynous period, Bowie declared himself as gay in one interview and bisexual in another. But he later said that he was trying to shock people and was heterosexual. But he did such an impressive job selling his alter ego Ziggy, that people never could discern the truth; although he was married twice, the second to his now widow, model Iman, in 1992.

Three years later, the chameleon transformed into a more soulful, dance/funk style. The mid 1970s included commercial success with Fame and Young Americans. That was followed with a more avant-garde art rock sound on Station to Station, which featured the hit Golden Years. In 1980, he released Scary Monsters, which included a song Ashes to Ashes that referenced Major Tom and Space Oddity.

He continued to record and did hit collaborations with other artists. There was Under Pressure with Queen in 1981, Dancing in the Street with Mick Jagger in 1985, songs donated to Tina Turner for her comeback albums, and other pairings.

Besides his career as a recording artist, Bowie has a successful career as an actor. Among his more famous film roles were playing an alien in The Man Who Fell to Earth (1976), in Marlene Dietrich’s last film, Just a Gigolo (1978), the goblin king in Labyrinth (1986) and in Martin Scorsese’s The Last Temptation of Christ (1988), where he played Pontius Pilate. He also did a stint on Broadway, where he starred in The Elephant Man in 1980.

Throughout his career and up till he died at age 69, David Bowie was constantly evolving as a recording artist and actor. In 2006, he was awarded a lifetime achievement Grammy Award and his new album has received positive reviews.