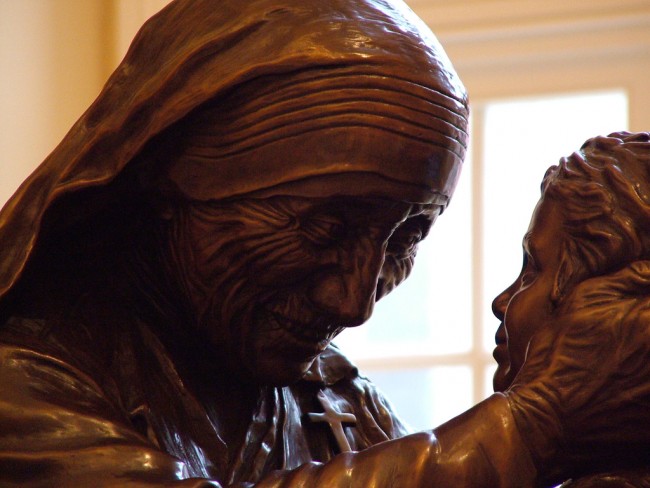 Few women in history have gained the degree of both respect and contempt that Mother Teresa had earned during her lifetime. On Friday, Dec. 18, 2015, the Vatican announced her sainthood, raising with it a wave of controversy.

NBC News suspects that Mother Teresa’s sainthood will likely take place in September of 2016. The prospective timing coincides with the 19th anniversary of her death as well as Pope Francis’ Holy Year of Mercy.

Over the years, the criteria for sainthood have become progressively lax, resulting in an exponential increase of saints, reports NBC News. Robert J Barro, a professor of economics at Harvard University, studied trends in sainthood that spanned from 1590 to 2009. In the beginning, the time between a potential saint’s death (beatification) and their sainthood (canonization) spanned approximately 181 years. It took 49 years to pass from beatification to canonization.

Barro further notes that her beatification occurred in 2003, with her canonization to become official in 2016. The tight timeframe marks the fastest granted sainthood in history. Before 1983, a proposed saint had to perform at least two miracles. Today, only one miracle is necessary to achieve sainthood, and no longer needs the Pope’s personal witness. The main reason for having 49 years pass between death and sainthood is to prevent imposters from becoming saints based on popularity status.

Mother Teresa, also known as Blessed Teresa of Calcutta, was born on August 26, 1910, in Skopje, Macedonia. Daughter of Nikollë Bojaxhiu and Dranafile Bojaxhiu, she was christened as Anjezë Gonxhe Bojaxhiu. The nun was best known for her numerous acts of kindness and unwavering generosity. Independent news reports that she also had a reputation as a tyrant with a persistent need to defend traditional Catholic doctrine on issues, such as contraception and abortion.

Foreign correspondent, Peter Popham told Independent news that most of the controversy around Mother Teresa’s sainthood stems from her unorthodox ways of filling her role in helping the poor in India. She thought that the world gained a great deal from people suffering. She said, “It is like Christ’s passion.”

Independent news wrote that most complaints are rooted in the belief that Mother Teresa did not attempt to cure the folks she rescued from Calcutta’s streets. Rather, she gave them a place where they could die beautifully. In Mother Teresa’s eyes, the lepers, orphans, and terminally ill were the basis for her compassion. Those suffering could not complain and their complacency, she thought, was a sterling trait.

In 1928, Mother Teresa joined the Loreto order of nuns in Dublin, Ireland. She traveled by train from Calcutta to Darjeeling where she was inspired to open the Missionaries of Charity order in 1950. During her service, she opened more than 130 houses to care for the sick and the poor. Her work and dedication earned her the Nobel Peace Prize in 1979. In her words, “The poor give us much more than we give them. They’re such strong people, living day-to-day with no food. And they never curse, never complain.”

After becoming sick herself, Mother Teresa died on Sept. 5, 1997. She was 87 years old. The work she initiated continues today. At the time of her passing, The Missionaries of Charity order was supported by 4,000 nuns who helped manage 600 orphanages, shelters, clinics, and soup kitchens around the world.

Mother Teresa once said, “We ourselves feel that what we are doing is just a drop in the ocean. But the ocean would be less because of that missing drop.”

Although she helped many souls who suffered, she was not appreciated by everyone. She was often criticized for the lack of quality in her clinics and for accepting donations from Haitian dictator Jean-Claude Duvalier. After publicly disgracing American financier Charles Keating, she was frowned upon, reports Independent news. The opposition also came from detractors who thought her support of birth control in Calcutta’s slums went against Catholic beliefs concerning artificial birth control.

According to Independent news, Pope John Paul II championed Mother Teresa on numerous occasions. Convinced of her saintliness, he waived the five-year waiting period for her beatification process and launched it just one year after she died. This Pope declared 482 saints, surpassing the total number of saints declared by his combined predecessors.

Despite the controversy surrounding Mother Teresa’s sainthood, ABC reports many of those who are thrilled with the Vatican’s decision. Archbishop of Kolkata Thomas D’Souza said that her sainthood declaration was, “The best Christmas gift one can get.”