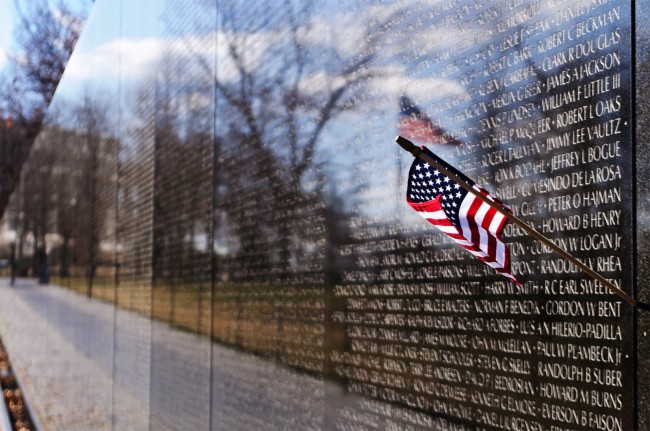 Post-Traumatic Stress Disorder (PTSD) has become a common term these days. Many think of it as a lifetime sentence or a disease, but it is a triggered condition created by one or more traumatic events. According to the National Institute of Mental Health (NIMH), more than 44 million people suffer from PTSD every year, and women are twice as susceptible to develop this disorder than men. With the right kind of treatment, this condition is manageable and can even be cured.

Studies performed by the NIMH have found that PTSD occurs when a person’s natural “fight-or-flight” response is altered or damaged due to trauma. What results is a memory that acts as a trigger that can cause anxiety and stress, even in the absence of danger. For example, if a person suffered a traumatic car accident, a stressful response could occur every time a driver brakes suddenly or another car skids on the road. It can be very subtle; to the point where only a person’s subconscious detects it, as in a sound, smell, or something caught in the corner of one’s vision. Once the trigger occurs, the symptoms of PTSD become apparent.

The NIMH reports that distress comes in many forms. A victim can be injured, hurt, or can even be affected by witnessing an ordeal involving another person. Trauma can be invoked by fear, guilt, or unexpected circumstances. Some studies have proven that people can be susceptible to developing PTSD if they possess a certain gene trait.

Stathmin is a protein the brain uses to form fear-based memories. In a study performed with mice, those who did not generate stathmin were less prone to freeze in the presence of danger. They were also more apt to explore open spaces than mice who produced stathmin.

In another study reported by the NIMH, it was found that when mice released a gastrin-releasing peptide (GPR) in the brain during emotional events, they displayed greater control over their fear. Mice who did not release GPR showed a more drastic response to the same circumstances.

Research also uncovered a version of the 5-HTTLRP gene used to control serotonin levels. Serotonin helps control moods and affects the fear response in the brain. The NIMH believes that many genes that trigger fear responses and reactions may be responsible for the development of PTSD in some individuals.

Science has proven that parts of the brain, such as the amygdala, help the person control and deal with fear and stress-invoking events. The NIMH explains that the amygdala is active during stressful encounters and determines how people learn and react as a result. For example, a burn that results from touching a hot stove instills a healthy fear of repeating the action; in others, it may create a response that would prevent the person from ever cooking again.

Studies on how the brain processes fear and stress may lead to preventative cures. The NIMH has funded research that explores medications that would target the underlying causes of PTSD. Still more research is focusing on enhancing cognitive, personality, and social protective factors that would minimize the risk of developing PTSD.

There are standard therapies that help people with PTSD, such as psychotherapy, medications, or a combination of the two. Cognitive behavioral therapy (CBT) is another form of treatment that employs exposure therapy, cognitive restructuring, and stress inoculation training. The NIMH claims these therapies work in various combinations, but only when performed by professionals who specialize in treating PTSD. There is proof that these treatments are successful.

Debra Gibson, N.D., claims that PTSD is not only manageable, but it is also curable. Past treatments have often caused more harm than good because traditional talk therapies can re-traumatize the victim. PTSD can be controlled with pharmaceuticals that may help with certain symptoms. However, depression, anxiety, insomnia, anger, and substance abuse are negative side effects that often occur as a result of such medication. To fully recover from PTSD, one must address the interconnected scars that make up the condition.

As a result of Naparstek’s research, she has found that people can recover from PTSD, and those who do not heal completely can significantly reduce their symptoms. Naparstek claims that traditional therapies do not work well enough to heal the deep-rooted trigger pathways that develop in the brain.

Gibson has had notable success using a combination of holistic remedies in conjunction with other therapies that access areas of the brain where trauma is stored. The result is the creation of safe detours around fear-damaged neural pathways. This culmination of therapies enables the PTSD sufferer to integrate memories gradually and return to a healthier state of being.

EMDR incorporates eye movement, or other sensory stimuli, to encourage the brain to reprocess traumatic memories. This therapy has been used by the Department of Defense/Veterans Administration. It has produced an 84 to 100 percent remission in people who have received a 90-minute reprocessing treatment. For those who have suffered multiple traumas or prolonged trauma, more than three sessions may be required.

Guided imagery is a type of meditation that involves audio messages that address the person’s symptoms. These meditations, practiced several times a week, work on a subconscious level. Because supervision is not necessary, guided meditations are often used in conjunction with EMDR or other psychotherapy techniques.

Yoga is used to integrate the mind and body so that a quiet and calm state of being can be accomplished throughout the day.

Body-centered psychotherapies follow the principle that memories are stored in the body (somaticized). Using techniques such as Somatic Experiencing encourages body awareness and helps regulate the overwhelmed nervous system, thus opening the door to healing.

Neurofeedback uses low-frequency electrical signals to help the brain to better process emotions by shifting it away from stuck patterns created by trauma. Studies have proven success after one to three sessions.

Holistic treatment includes therapies and remedies that work together based on functional medicine testing. Because each person is different, tests are performed to determine the best holistic approach to that particular person and their unique set of symptoms. Remedies may involve a homeopathic approach, however, Dr. Gibson suggests that the required medical testing is performed by a trained professional.

No matter which path is taken, PTSD is manageable and curable, according to Naparstek. The NIMH suggests that professional help is key for proper recovery. There is no single approach to healing PTSD, but for change to happen, one must take that first step.