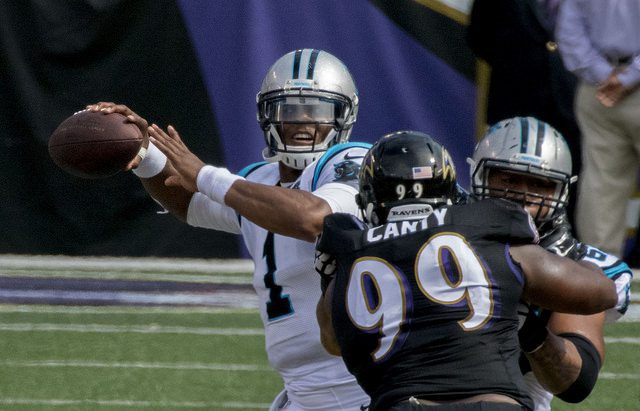 Carolina Panthers quarterback Cam Newton was named the 2016 NFL Most Valuable Player (MVP). He was awarded this prestigious title at the NFL Honors show in San Francisco, Calif., on Saturday, Feb. 6, 2016. Newton did not attend, but his family accepted the award on his behalf. His father, mother, and two brothers were present. The NFL Honors show highlighted and honored the best athletes and performances of the 2015 season. In addition to these awards and honors, the newest Pro Football Hall of Fame class was also announced.

Newton received 48 out of 50 votes from a nationwide panel of sports writers and broadcasters. This season, he led the Panthers to a 17-1 record, and was given this year’s Offensive Player of the Year Award. He and the rest of the Carolina Panthers were in San Jose, Calif., preparing for the Super Bowl.

The Panthers will play the Denver Broncos in Super Bowl 50 on Sunday, Feb. 7, at 5:30 p.m. CST. If the Panthers defeat the Broncos, Newton will be the first quarterback and the second player in NFL history to win a Heisman Trophy, a college football national championship, an NFL MVP award, and a Super Bowl.