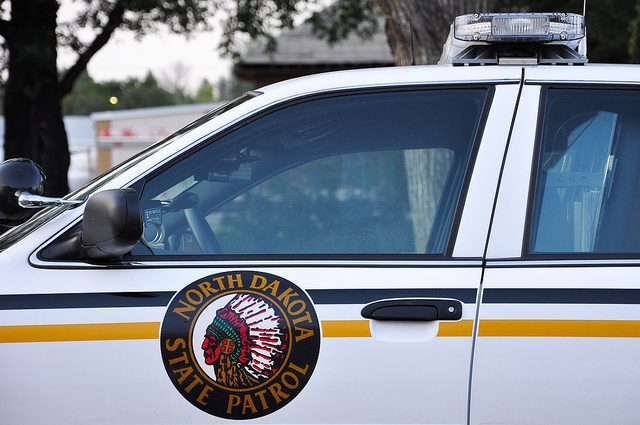 On Thursday, Feb. 11, 2016, a Fargo police officer died after responding to a domestic disturbance call that eventually led to an 11-hour standoff. Jason Moszer was the first officer in Fargo, North Dakota, to die in the line of duty in over 130 years.

The Fargo Police Department was alerted about the disturbance at approximately 8:30 p.m. CST on Wednesday. Marcus C. Schumacher, 49, had reportedly attempted to shoot his wife in their home, as their son dialed 911 during the incident. Schumacher’s wife and son were able to escape the scene unharmed.

Moszer was among the many Fargo police officers that responded to the residence. He was along the perimeter with the other officers as they awaited the SWAT team’s arrival. However, Officer Moszer was shot when Schumacher began shooting at the police from inside the house.

An armored police car was used to carry Moszer out of the area and immediately transported to a nearby hospital. Fargo police continued to communicate with Schumacher throughout the night. The SWAT team eventually made their way into the home and recovered Schumacher’s lifeless body. He was found dead from a gunshot wound. It is unknown if the kill shot was from the police or self-inflicted.

No one else was injured in this standoff, although many neighbors were aware of the incident. Sarah Stensland, 26, lives less than a block away from Schumacher’s residence and reacted when she heard gunfire. She locked the doors, turned the lights off, and hid in the basement for the rest of the night with her girlfriend.

This was not the first time Schumacher was involved with the police. He was convicted in a negligent homicide case in 1989. He was sentenced to five years in the shooting death of 17-year-old Maynard Clauthier and the wounding of 21-year-old Bradley Boswell in Grand Forks, N.D. Schumacher chose to plead guilty in this case, in exchange for fewer felony counts, but then withdrew his plea. He was also sentenced to 30 days in jail and a year of probation for disorderly conduct and assault in January 2013. Schumacher had been facing financial issues. He and his wife filed for personal bankruptcy in 2004. It was reported that they listed more than $470,000 in debts and $75,000 in assets.

Moszer, who died shortly after the Fargo standoff ended, was the first officer to die in the line of duty in over 130 years. The last time an officer fell in the line of duty was on July 5, 1882, when Officer Frederick Alderman was accidentally shot. He was 25 years old. Mayor Tim Mahoney made a public statement after the death of Moszer. He stated the city was “profoundly saddened” by his death.

Officer Moszer won a Silver Star commendation in 2011, when he and his partner, Matthew Siders, risked their lives to rescue two children from an apartment fire. The two officers further assisted in putting the blaze out. As a result, the Silver Star medal was in recognition of their act of bravery and heroism.

He is survived by his wife, Rachel, a son, and daughter. They stood along Moszer’s hospital bed after being notified he was not expected to survive from the single gunshot wound. Consequently, over 200 people gathered for a candlelit vigil, in honor of Moszer, late Thursday night. He was the only police officer that was injured in Fargo’s standoff late Wednesday night.