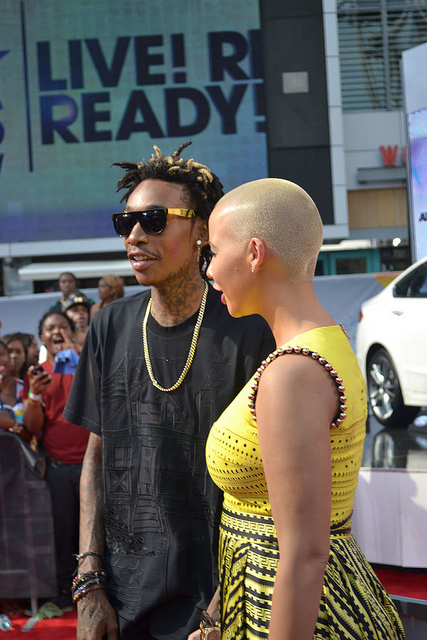 Kim Kardashian posted a selfie on Instagram of her and Amber Rose. Does this mean their feud is over? According to CNN, it was not the women who started the conflict, nor was it about them, at first. The men in their lives caused the dissension.

How Kardashian and Rose Got Involved

First, for the sake of understanding, a brief dating history of these two women. Kardashian is married to Kanye West who used to date Rose. She is currently married to Wiz Khalifa.

Kardashian said nothing during this Twitter feud. However, there was an entirely separate set of tweets involving Rob Kardashian and Blac Chyna, but moving on.

According to Hollywood Life, Kardashian claims to have mended fences with West, Rose, and Khalifa to preserve their friendship. However, it is believed she really reached out to Rose to keep West’s sexual secrets, just that.

An anonymous insider told Hollywood Life that West and his wife needed to put a cap on Rose’s mouth before any more of West’s sexual skeletons escaped from his closet. After all, they knew all too well how the “butt play” episode evolved.

Their friendship was “re-erected” at Kris Jenner’s home after Kardashian invited Rose to talk. Then they posted the Instagram selfie that “broke the Internet.” West tweeted that he was happy to see his ex and his wife becoming friends, after all, this could be the beginning of a wonderful relationship, he may have meant, friendship.

Rose was happy to “make up” with Kardashian. As she is well aware that keeping close ties to a Kardashian could benefit her brand and, her wallet. If Rose has more to reveal it is possible she might try to ransom his off-beat sexual behaviors. Rose and West were together for two years, so she may well know much more about his carnal cravings.

The meeting between Rose and Kardashian was beneficial for all parties involved, especially after West posted so many harmful tweets directed at Khalifa. The anonymous insider for Hollywood Life stated it was unlikely Rose would have stopped her tweets about West without the extension of an olive branch.

This still could be a messy situation as Rose is best friends with Blac Chyna, who is dating Rob Kardashian. This means Rose will be spending lots of time with the Kardashian family, and this absolutely includes Kim and Kanye. It would be best if everyone remain as friendly as possible.