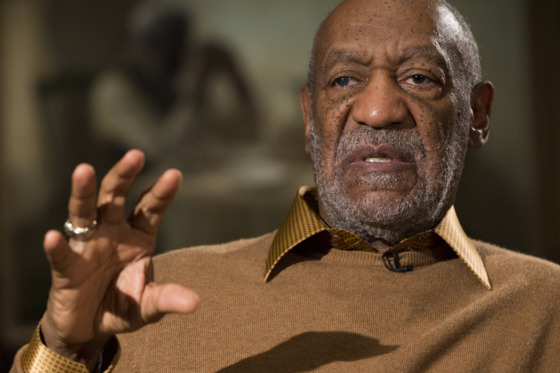 Legendary comedian Bill Cosby is facing an uncertain fate in the wake of multiple allegations of sexual misconduct. The 78-year-old TV icon, who created, produced, and hosted the animated comedy TV series Fat Albert and the Cosby Kids, has been maligned as well as subjected to much criticism after more than 50 women have come forward accusing the TV personality of a variety of lewd acts and sexual offenses. Fat Albert was a TV show, based on a character developed during Cosby’s stand-up routines, that ran from 1972 to 1985 and centered on a group of young friends who were urban dwellers. In the wake of the multiple allegations, the actor-comedian has been formally charged with felony aggravated, indecent assault and accused of drugging as well as sexually assaulting a former Temple University employee, Andrea Constand, at his Montgomery County, Pennsylvania home in 2004. Temple University was the I-Spy star’s alma mater. For his part, Cosby has claimed the encounter was consensual. His first hearing on the criminal charges, which the entertainer hopes to persuade a judge to dismiss, is scheduled for Feb. 2, 2016.

This recent onslaught of allegations is nothing new for the TV star, who is likely best known for his role as Dr. Cliff Huxtable on the long-running NBC series, The Cosby Show. The entertainer has been the subject of publicized sexual assault allegations since 2000. Thus far, the showman has been accused by more than 50 women of various charges, including drug-facilitated sexual assault, sexual battery, rape, child sexual abuse, and/or sexual misconduct, with the earliest alleged incidents occurring more than 50 years ago.

To date, he has denied the allegations. However, statements made by the I-Spy star in a civil deposition that occurred in 2005, which were sealed until a federal judge released them in July 2015, have provided vital information and sufficient evidence to pursue criminal charges against the comedian. Among the admissions divulged in the court records was the performer’s concession that he drugged women on multiple occasions in order to have sex with them. Unfortunately, most of the acts alleged by his accusers have exceeded the statutes of limitations for legal proceedings. The one felony charge of aggravated, indecent assault he is facing in Montgomery County, Pa. was filed at the end of December 2015, in order to ensure the charges were sought within the 12-year statutes of limitations window. Following the public announcement of the criminal charges against him, Cosby surrendered to authorities on Dec. 30, 2015, and was released on $1 million bail.

Bill Cosby, the entertainer who was once revered as a popular moralist and father figure, is now facing an uncertain fate as he is made to answer charges against him for felonious assault and sexual misconduct. Additional details presented in the deposition that has strengthened the case against the comedian include his “conflicting identifications of the drug” offered to Constand and the other women who have accused him of sexual assault, as well as Cosby’s apologies to the former Temple University employee, her mother, and an offer of financial assistance to the woman in question. According to the criminal complaint filed against the TV star, these elements are further indicative of Cosby’s “consciousness of guilt.”

In other related news, another Cosby accuser, Chloe Goins, has dropped her civil lawsuit against the comedian on Feb. 2, 2016, according to People Magazine. The 25-year-old former model had alleged that the entertainer drugged and sexually assaulted her at a Playboy Mansion party in 2008. Federal court records in California show Goins’ attorney filed a voluntary dismissal of her lawsuit on February 2, as the comedian entered court in Pennsylvania to face a separate charge of aggravated, indecent assault on Constand in 2004. However, Goins’ request to have her civil lawsuit dismissed “without prejudice” allows her to re-file the case at a later date. Furthermore, the Los Angeles County District Attorney’s Office declined to file criminal charges in the Goins’ case on January 6 due to lack of evidence.

As Bill Cosby faces criminal charges after decades of allegations related to sexual misconduct, the one-time TV father figure and moral compass also faces an uncertain fate. While the showman has long denied the multitude of allegations made against him, recent revelations have come to light following the release of court documents. Cosby’s defense team has argued that he was promised immunity after he agreed to cooperate and gave a deposition in a civil lawsuit filed against him by Constand, in which he admitted to offering Quaaludes, Benadryl, and other “party drugs” to women he wanted to have sexual encounters with. Therefore, his lawyers contend the actor should not face criminal prosecution in Montgomery County for his actions. The I-Spy star and his legal team are hoping to have the criminal charges against him dismissed on February 2, which is the date of his first hearing in this matter, as Bill Cosby faces an uncertain fate–personally and professionally.