By Tricia Manalansan on February 20, 20162 Comments 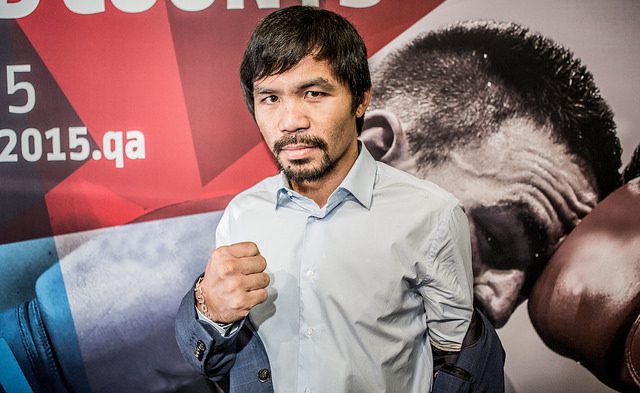 Filipino professional boxer and world champion, Manny Pacquiao, officially lost Nike as his biggest fan on Feb. 17, 2016, due to an anti-gay comment. He was endorsed by the multi-billion dollar company, but they decided to part ways with the boxer in response to the derogatory comment he made that was indirectly targeted towards the LGBT community.

Pacquiao was interviewed on a Filipino television show on Feb. 15, 2016. He commented that people who choose to engage in male-to-male or female-to-female relations are “worse than animals.” Although he apologized via Twitter hours after the anti-gay comment had gone viral, it reached Pacquiao’s most valuable endorsement company and Nike refused to keep him on their endorsement roster.

The boxer wore a Nike shirt with his customized logo in a Twitter video message hours after he expressed his opinions on same-sex relationships. He made a general apology for the people that he had hurt. However, he also stated that he will still stand on his belief against homosexuality. Pacquiao claimed that as a believer in Christianity, he will follow what the Bible says. Even so, he emphasized he is not condemning the LGBT community. 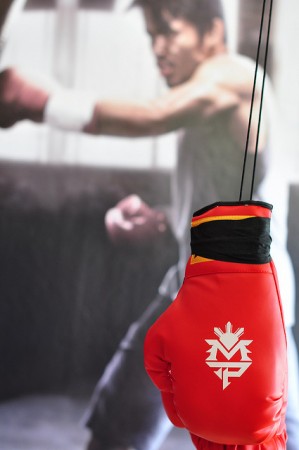 Nike, who Pacquiao lost as his biggest fan, instantaneously terminated their contract with him following his anti-gay comments. The multi-national corporation signed with the boxer over eight years ago but found his comments to be “abhorrent.” The company’s representatives publicly stated that they strongly opposed any type of discrimination and have supported the rights of the LGBT community for years.

Bob Arum, who is the CEO of Top Rank and Pacquiao’s promoter, agreed with Nike’s decision to drop the boxer. Though, he did mention that Pacquiao made his comments in an interview for a Filipino television show that was strictly aired in The Philippines. Arum explained that when the boxer was interviewed, the audience was the Filipino community, where same-sex marriage is not accepted, as opposed to its legalization in the United States.

During Pacquiao’s contract, Nike promoted the combination of their brand as well as the logo they created for him on various apparel and shoes. The Nike swoosh and his logo would be featured on his shorts, boxing gloves, and shoes that he would wear for his fights. Most vendors throughout the country sold his branded clothing.

In some cases, the apparel would sell out prior to his fights. In May of 2015, Pacquiao’s fight against Floyd Mayweather was included in those sell-out weeks. This fight was financially the richest fight in the history of boxing, broke all financial benchmarks in ticket sales, and reached sky-high ratings on pay-per-view. Mayweather, who has been his rival prior to their historic fight, made a public statement himself condemning Pacquiao and commented that “we should let people live their lives the way they want to live their lives.”

Timothy Bradley and Pacquiao are scheduled to fight on April 9 in Las Vegas, Nev. It is rumored that this will be the last fight of Pacquiao’s career. The 37-year-old boxer has other ambitions including recreational basketball, acting, and singing. In fact, he has also acted and sang throughout the Filipino entertainment industry. At 32, he was elected to the House of Representatives in The Philippines. He is currently the only eight-division world champion and has 10 world titles. In 2015, he was the second highest paid athlete in the world.

While Pacquiao made the decision to make an anti-gay comment and lost his biggest fan in the process, this would not be the first time that Nike chose to part ways with “disgraced” athletes. In previous years, Nike cut million-dollar endorsement contracts with Lance Armstrong, Ray Rice, Adrian Peterson, and Oscar Pistorius. Since the end of their contracts, these athletes have coincidentally declined in popularity.