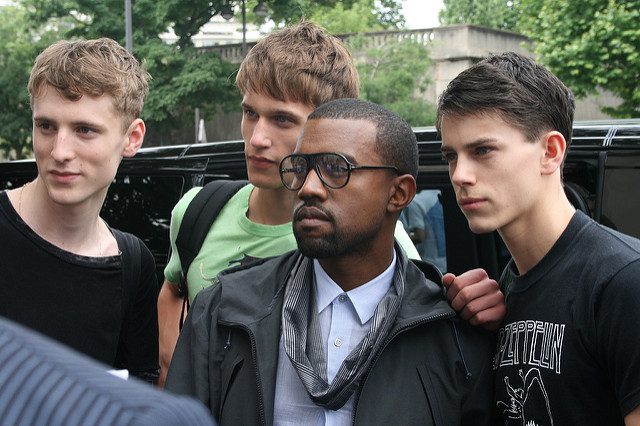 Kanye West coincidentally released an album two days prior to the 58th Grammy Awards, which aired on Feb. 15, 2016. Yet, what made this album controversial is a certain track that referred to a particular Grammy winner and apparent long-time rival. It has been seven years since the Kanye-Taylor Grammy Awards feud and that flame was recently reignited. Clearly, West will always hate Taylor Swift. She was comfortable with sharing her reciprocated feelings, however, she did not directly mention any names during her Grammy Award-winning speech.

Seven years ago, during the 2009 MTV Video Music Awards (VMAs), West broke the Internet with his impulsive decision to interrupt Swift’s acceptance speech for Best Female Video. Swift was only 19 years old at the time but was in the midst of rapidly developing into the sensation who she has presently molded herself to be. She was awarded the Grammy for her video, You Belong With Me, from her album, Fearless. This was her first Grammy Award, but how she will always remember it may not be ideal for the country-turned-pop sensation. 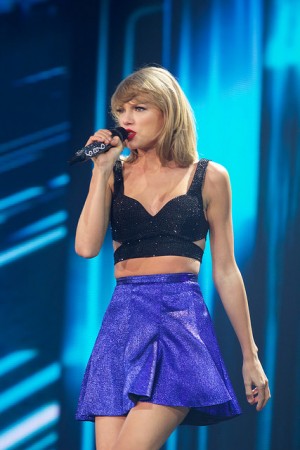 West jumped onstage during Swift’s speech, grabbed the microphone from her hand, and said, “Yo, Taylor, I’m really happy for you and I’mma let you finish, but Beyoncé had one of the best videos [Single Ladies] of all time. One of the best videos of all time!” Swift was upset but kept her composure, and allowed the fans to do the criticizing. The comment may have been biased, considering West had planned a collaborated album with Beyoncé’s husband, Jay-Z. They started recording Watch the Throne that next year. The two rap artists spent 2011 and 2012 together for their Watch the Throne international tour.

Since then, West has been criticized for various reasons and not only for the fact that he will always hate Taylor Swift. He married Kim Kardashian, which was a cry for media attention in itself. He also had ambitions of releasing a clothing line, however, development of this clothing line was canceled in 2009. Instead, he signed with Nike to release his shoe, the Air Yeezys. The second version was released in 2012. The overpriced shoe brought out a newer version of West, but it was not until 2013, that he collaborated with a Nike competitor, Adidas. West and Adidas were able to construct one of the sneaker community’s most demanded shoe in the industry–the Yeezy Boost.

With the help of his new shoe line and media-friendly in-laws, one would assume that West did not have any further need to have all the eyes on him. Wrong, of course, he needed more attention. West released his new online album, The Life of Pablo, on Saturday, Feb. 13, 2016. This release followed his performance on Saturday Night Live (SNL) and the album itself was only made accessible on Tidal, which is a free music app, and kanyewest.com.

Interesting enough, one song mentioned his unofficial rival. In Famous, he deliberately rapped, “I feel like me and Taylor might still have sex,” which was followed by another phrase insisting he solely made her famous. With this relating to their 2009 VMA incident, he expressed what he arguably does best and took all the credit. This time, it was for Swift’s record-breaking success.

West may always have something to say about Swift and he might actually always hate her. Yet, this love-hate relationship is not double-sided. Swift mentioned in her recent Grammy Awards speech that “there are going to be people along the way who will try to undercut your success or take credit for your accomplishments or your fame.” This time, she won the award for 1989 and claimed Album of the Year. Without pointing any fingers, fans knew who this was about. Swift even later commented that West’s lyrics about her were misogynistic. This was followed by countless Twitter rants on West’s end. It all goes to show that Swift may keep her friends close but will also keep her enemies closer.