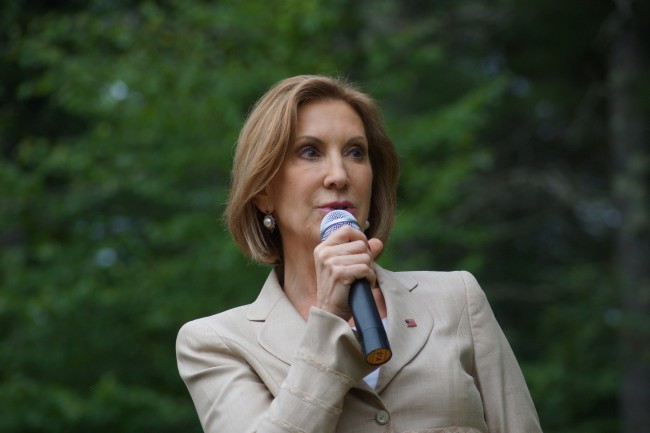 According to NBC News, Carly Fiorina announced on Feb. 10, 2016, she is suspending her bid for the Republican presidential nomination. Her announcement was made after she received low percentages of votes in the Iowa caucus and New Hampshire primary.

In her announcement, she stated, “While I suspend my candidacy today, I will continue to travel and fight” with fellow Americans to change the status quo of today’s political environment.

Fiorina, the former CEO of Hewlett-Packard, launched her bid for office with the desire to make changes in the Republican party. She complained about the same speeches and empty promises heard year after year. Her platform was to restore the government back to the people by reducing the reach the Federal agencies have in every American’s life.

In her announcement on Facebook, Fiorina addressed the “young girls and women” of America. She advised them to not allow themselves to be defined by anyone. She explained her interpretation of what feminism is, and what it is not. “Feminism doesn’t shut down conversations..it is not about ideology…it is not a weapon.” These comments addressed Fiorina’s opinion that women should not vote for a female candidate simply because of her gender or because someone demands feminists do so.

Fiorina restated her plan to continue being a leader, and a servant to the “highest calling,” by unlocking others’ potential. It has been suggested by her Facebook followers that she consider running for vice president.

One Response to "Republican Carly Fiorina Has Suspended Presidential Campaign"