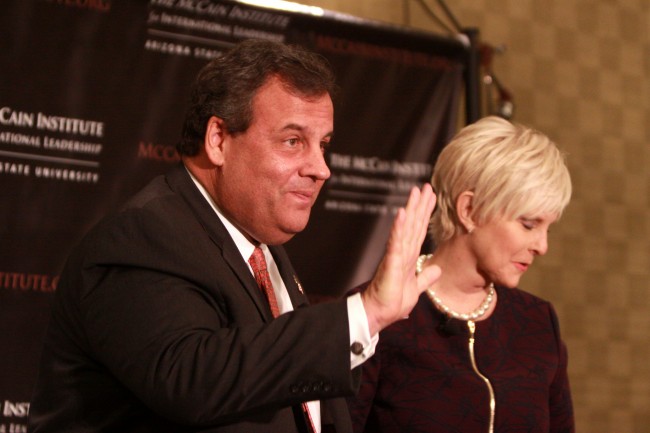 The night of the New Hampshire Republican primary, Christie shared with his supporters that he was going to return home and plan his next steps in the campaign. He announced, “We leave New Hampshire tonight without an ounce of regret.” The once named “savior of the Republican Party” in 2013 chose to call it quits.

Even with the broad range of supporters in New Jersey, he was not able to pull the numbers he wanted in New Hampshire. Although, he is well-known for having a no-nonsense attitude and hoped to draw independent leaning Republican votes, especially with the strong leadership skills he put to work after Superstorm Sandy and the Sept. 11 terrorist attacks.

It seems this was not enough for Christie to gain the required notability to make it into the top tier throughout this presidential campaign. He has faced accusations of involvement in the scandal concerning the George Washington Bridge and allegations of being a bully.

In the days before the New Hampshire, primary Christie blasted attacks toward Marco Rubio. He was thought to be the GOP’s last chance to knock Donald Trump out of the presidential race. Christie referred to Rubio as the “boy in the bubble” and called him a “political lightweight” who would be overwhelmed in the Oval Office.

Throughout the last Republican debate, hosted by ABC News on Feb. 6, Christie continuously attacked Rubio for using the same “memorized 25-second speech” when responding to questions. Rubio, however, placed one ranking above Christie in the primary.